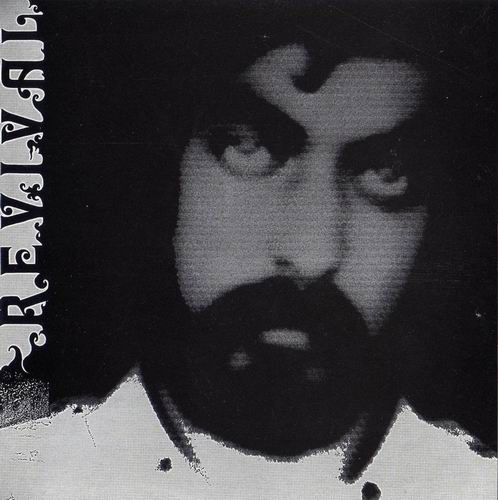 Note: When this review was written in 1995, the information accompanying the CD included a number of inaccuracies which have since been revealed. See notes within the text for corrections.

Progressive rock from Iran [actually Iraq]? In fact, the story behind this lost obscurity is a sad one [or would be sad, if it were actually true], made even more so by the fact that the music on it album is positively amazing. Bandleader / guitarist Al-Basim [real name Basim Al-Hashimi] was an Iranian [or rather Iraqi] national who, while in the United States, recorded this completely instrumental album with three other musicians. After the tapes were completed, but before the album was actually released, Basim returned to Iran [Iraq]. Somehow, word had arrived before him that one of the three musicians he recorded with was Jewish, and because of that he was met with the death squads. [None of which actually happened.] Hearing of Basim's fate, the three American musicians decided to go ahead and release the album anyway (albeit in a micro-quantity), as a tribute to Al-Basim. [Apparently, there was a limited pressing, but the circumstances surrounding its release are unknown.] Basim is supported by bass, drums and flute. The style varies, from the quiet and serene "Souvenir" with the flute doing much of the soloing while Basim uses his guitar to create background effects, out to the more free-form jazz-tinged "Open Space," which features some uncredited saxes in addition to the flute. Most of the five long tracks naturally exhibit a strong Middle Eastern flavor, in some ways comparable to the work of Aktuala or Alain Markusfeld, yet Basim's guitar presence is the band's guiding force here. He has a tendency for explorative solo wanderings, even approaching the psychedelic at times. The interplay between guitar, flute and effects throughout brings out a strong emotional quality in the music. Overall, a very satisfying album that crosses many cultural lines, and certainly one of the most welcome reissues of the year. [A reissue of quesionable legitimacy, as it turns out. Basim, who is alive and well and living in France, has it available for purchase on his website (linked below), though it is certainly not widely available.]