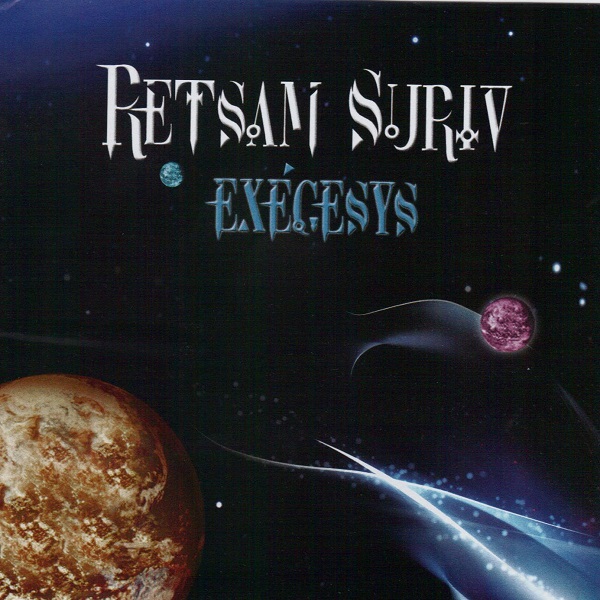 Retsam Suriv is a progressive metal band from Argentina. Exégesys is their first album and was released in 2009 (but copyrighted in 2007). The band consists of guitars, keyboards, bass, drums and vocals. Sort of a jazzier version of Dream Theater. The 70-plus minute album has nine tracks ranging from three to 13 minutes. The opening track “Estigma” sets the tone for the CD with a long instrumental that ranges from full on metal guitar to a jazz break in the middle. I can’t tell you what the songs are about as the booklet is all in Spanish, but the vocals are typical operatic metal, which in this case, is not a bad thing. “Lombardia,” one of the ten-minute-plus songs follows. Another mellow guitar solo starts the song which morphs into a symphonic section, back to a galloping instrumental and then the singer enters to tell his tale. This is everything I enjoy in an epic. Many mood shifts are in this tune and due to the language barrier, the music has to be full force on as this is what I concentrated on. The eighth track, “Reflejo,” is the longest track at close to 13 minutes. This is a very strong melodic tune which goes from progressive metal to atmospheric with some very spacey interludes. A very enjoyable piece of music. The album ends with a nice nine minute instrumental called “Osmosis” which wraps up the album quite nicely. I recommend this to anyone who enjoys melodic progressive metal.