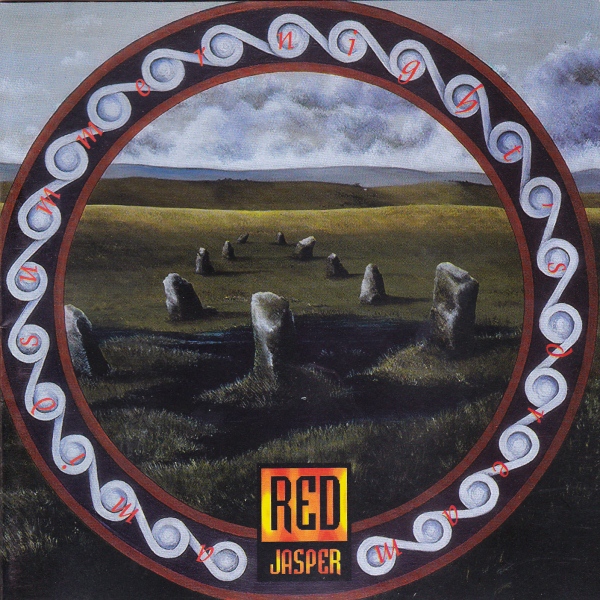 From the acoustic guitars and tin-whistle that open the first track, I knew this wouldn't be your standard SI neo-prog fare. Vocalist Davey Dodds picks up about a minute in, with a deep and thick voice that instantly reminds of Peter Hammill. It's not until the second track, a more uptempo rock tune, that any neo-prog comparisons start to come into play — yet still, the heart and soul of this British five-piece is firmly rooted in folk-rock, with some influence no doubt from Strawbs, Horslips, and Tull. Besides Dodds (who also supplies some excellent mandolin licks), the band features drummer Dave Clifford, Robin Harrison on all forms of guitar, Jon Thornton on bass, and Lloyd George on piano and keyboards. The album consists of eight tracks ranging from three to thirteen minutes, and after the second — "Virtual Reality,” any neo-prog comparisons begin to fade rapidly, giving way to a rich folk-rock not far from Bursting at the Seams, Dodds even sounds a bit like Cousins on the lengthy "Dreamscape Part 1 & 2,” yet these guys are not a knock-off of the old boys, they add plenty of their own unique magic throughout. Another valid comparison might be Asgard, especially in some of the synth-heavy moody (almost Gothic) passages when Dodds' voice leads the band. Mandolin is everywhere, but no more so than in "Jean's Tune" and "An Invitation To Dance"; both of these tracks evoke the memory of Horslips — the multi-part "Invitation" even contains an excellent new arrangement of the traditional "King of the Faeries.” Overall, this one is a winner; I think anyone out there without an aversion to traditional folk and rock fusions will certainly enjoy this one.