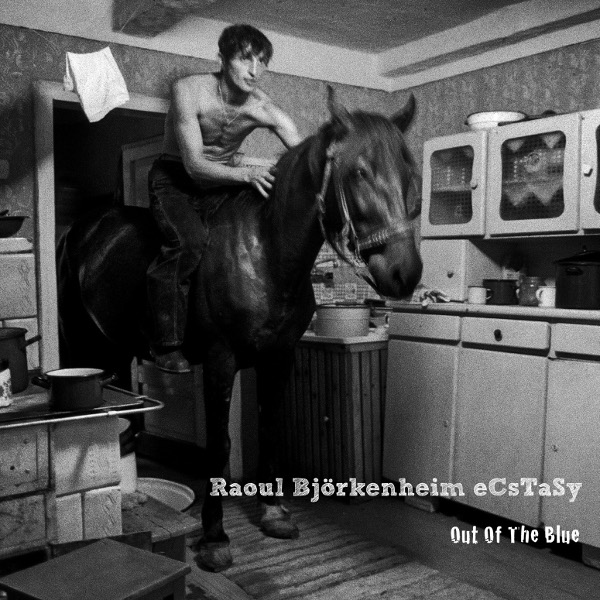 Over the last few years, I’ve grown increasingly disillusioned with most of what passes for jazz these days. Given the monumental achievements of Miles Davis, John Coltrane, Ornette Coleman, and the rest, it seems obvious to me that the reason that music was great was because the musicians had something original to say, or an original way of saying what they meant. To listen to current players repeating the ideas of the innovators just seems pointless. This is a feeling that waxes and wanes, and I wouldn’t entirely rule out enjoying something from near the mainstream, but I’d much rather hear someone trying something new. Case in point: Raoul Björkenheim and his band Ecstasy. I love their self-titled debut from 2014, and this new effort is right up there with it in quality without rehashing the same stuff. The personnel remains unchanged, with Björkenheim on guitar, Pauli Lyytinen on tenor and soprano sax, Jori Huhtala on acoustic bass, and Markku Ounaskari on drums. Some examples of something new on this outing are the strange noises on “A Fly in the House of Love” (maybe prepared guitar) and the blazing slide playing on “Uptown.” Once again, they keep the tracks relatively concise, with most under six minutes, though they mix it up with the closer, “Zebra Dreams,” at just a hair over ten. It starts with quick muted guitar notes a little reminiscent of a kalimba, then brings in a quick but quiet five-beat rhythm on the drums. It’s the kind of piece that ebbs and flows rather than having composed climaxes, and the African tinge gives it a different flavor that what they’ve done before. All in all, Out of the Blue is one of my favorite new releases in jazz this year, consistently interesting and never predictable.

A Band Longing for a Blanket