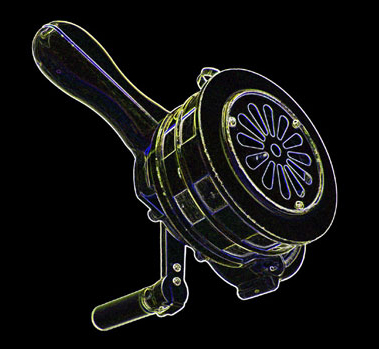 It's probably most accurate to call RandomK(e) a Beijing-based band than a Chinese one, as all the members are foreigners living there. Since their start in 2004, the foursome has been one of the acts to catch on the live scene, and I was eager to hear their debut album. It did not disappoint. In some ways, the band is a bit schizophrenic live, with quite a variety of styles going into their mix, including space rock, electronic experimentation, killer rock riffs, moody Radiohead-like songs, and more. The lineup features a trio of guitar, bass and drums augmented by a second bassist who plays an upright along with a table full of effects devices and a laptop; live they add a visual artist who projects images onto the stage. The members have backgrounds and side projects that include bluegrass, blues, funk and more, though not much of those find their way into this music – it's diverse enough without any banjos in the mix! This is imaginative and unconventional rock, far from formulaic, unpredictable and kicking butt. I’m reminded of the spirit of Bowie's Berlin albums, albeit filtered through a more modern lens and with less of an eye to catchy hooks. At times the unfairly overlooked band Random Hold comes to mind, though it seems likely these musicians are unfamiliar with that. Fortunately for the band and music fans, this release is available in the US.