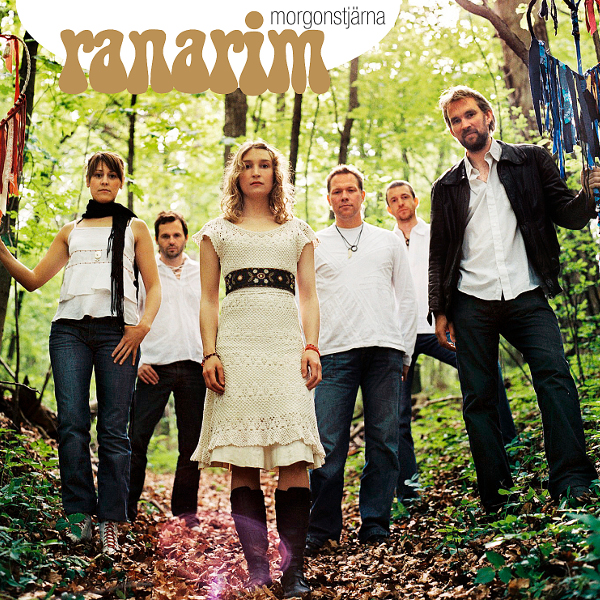 This tasty and rousing slice of modern Swedish trad-folk grows on the listener like a nice warm coat on a cold winter morning. This is music full of color, warmth, melody, and rich in tradition, while at the same time having a distinctive currency about it. Fronted by two outstanding female vocalists, Ulrika Bodén and Sofia Sandén, their harmonies and interplay are at once powerful, engaging, and spirited as they deliver the lyrics in their native tongue. The material on Morning Star (Morgonstjärna for the Swedish release), the band’s third album, is split roughly equally between traditional pieces and band-penned originals, and for those of us who know about five words of Swedish, many of the lyrics appear in the tri-fold in translated form, while other songs offer a background description. The four instrumentalists in the band are credited with guitar, double bass, nyckelharpa, and percussion (which ranges from handclaps to hand drums to a full drum kit). Also featured (and uncredited) are mandolin, fiddle, mandola, various traditional flutes, and organ. The songs alternate through various tempos and rhythms as they go, continually surprising the listener and keeping things interesting over the duration of the fifteen tunes. While this is far closer to tradition than many of the NorthSide folk-rock bands like Hedningarna, Garmarna, and Väsen, it’s done so beautifully that most listeners will be immediately captivated.