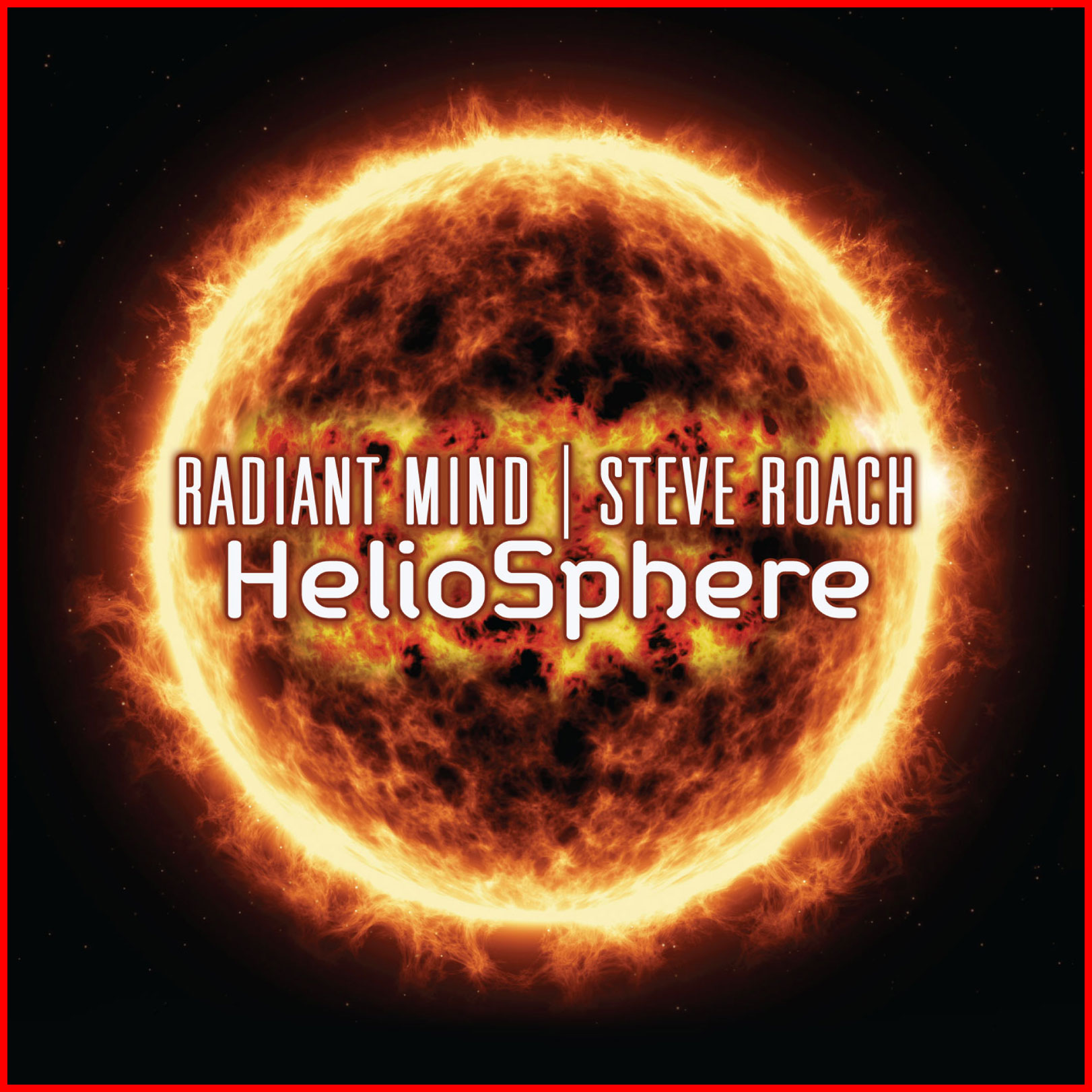 Radiant Mind is a soundscape and meditation music artist who prefers to exist in relative anonymity, but we suspect his real name is Robert Englis. On his first two releases Sense (2012) and Strands (2014), ambient pioneer Steve Roach was credited wih production, mastering, sonic enhancements, loops and sound processing and even photography on the latter one, though Radiant Mind is the one credited with analog and virtual analog synths. Heliosphere is the first time that the two artists’ names have appeared together on the work, both contributing synthesizers, with Roach mixing, arranging, and producing, and mastering by Howard Givens of Spotted Peccary Studios. The eight parts within this extended sonic journey offer a glacially slow evolution of ambient loops with muted melodies just under the surface; you will hear some of the tones outright, others will sort of be implied within the absence of other sounds, though on the later tracks the underlying melodics are a bit more pronounced, like massive widescreen chords that go far beyond just interesting, pulling the listener all the way into this vast lucid soundworld. The experience can be taken in a number of different ways, both as background sound, or as a total immersion – headphones, lights out, the whole nine yards. The compositions are titled simply – “Sphere 1” through “Sphere 8” – yes, the track titles are not that imaginative, but don’t let that sway you from listening, they could have just as easily called this one continuous 66 minute piece, and it would have made little difference other than at a few points where the sound fades to black; it envelops the listener for the entire duration, one can’t escape, nor would one want to!