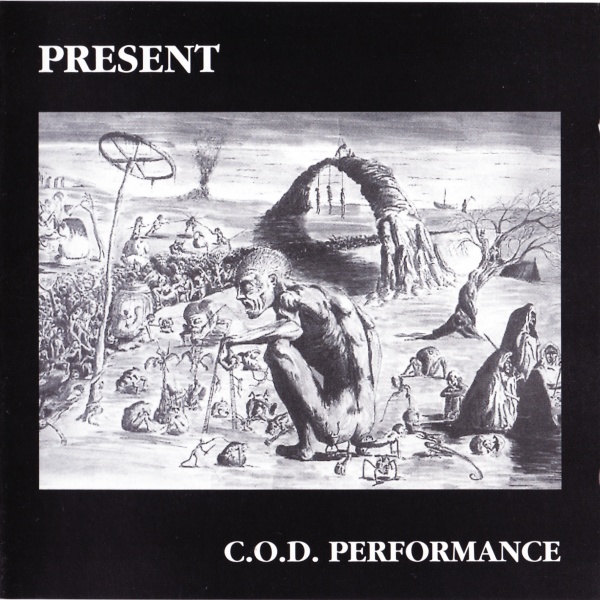 This is the latest release from guitarist Roger Trigaux's post-Univers Zero project. Trigaux and son Reginald are the only musicians listed, both are credited with playing guitar, vocals, and percussion, though I could swear I hear some piano and cello on the first track, "Love Scorn." It is the presence of vocals that surprised me most, and in English at that. But the vocals are never overpowering, are quite scarce, and fit into the style of the music. In fact, parts of "Love Scorn" feature some unearthly moaning not entirely unlike Magma. As you can tell from the instrumentation, the sound is severely claustrophobic, which may turn the uninitiated off. Most of the album consists of electric guitar duets, with occasional overdubs creeping in. The tone is essentially clear and undistorted, but the sporadic solos are often Fripp-like, sometimes screaming with distortion. The composition is an extension of the complex chamber music style of Univers Zero. The three long tracks (the shortest being over nine minutes in length) build and build in intensity, not releasing until the very end. Not unexpectedly, this album takes a great deal of stamina to listen to. To be perfectly honest, this isn't my cup of tea, but I can definitely appreciate what the musicians were trying to accomplish. The music is challenging and not everyone is going to enjoy it, but the musicians are definitely men of integrity and artistic vision. If you are interested in the more avant-garde edge of prog, and what I have described appeals to you, by all means give it a try.