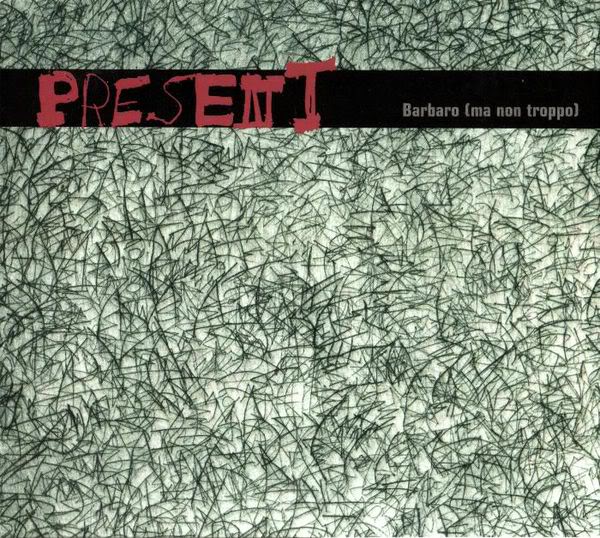 Present has a history of making macabre movie-soundtrack music since their first album Triskaidekaphobie was released in 1980. Their ninth record is accompanied by an essential archive DVD featuring live performances of three new tracks on the CD, plus archival footage that goes back to 2001. Engineer Udi Koomran rates with the other band members due to his excellent skill in sound reproduction, both live and in studio. The video contains two performances from two different days at the Rock in Opposition event in France in 2007; a performance from the Gouveia Art Rock Festival in Portugal in 2006; and four archival videos. The first of these is the best representation of what this band is all about: well rehearsed, precise and exacting, and closer than ever, since the core members have been together over ten years. The swinging percussion of Dave Kerman and up-front bass playing of Keith Macksoud are complex, dense, and foundational. Leader and composer Roger Trigaux plays both keyboards and guitar, supporting the other players on the front line while his son Reginald is the full-time guitarist. Pierre Chevalier, the keyboardist, plays gnarly melodies and dismal harmonies; Present is not for the faint of heart. “Jack the Ripper,” carries all the sad weight of its subject matter and it will scare the pants off you. New additions of Matthieu Safatly on cello and Pierre Desassis on saxophone add further color and density to the sound pictures as well. Both die-hard and newbie fans should consider this is as ideal place to begin their descent into darkness of Present. With their best promotional vehicle now ready, can the group be considering an all-out conquest of America again? One can only hope.