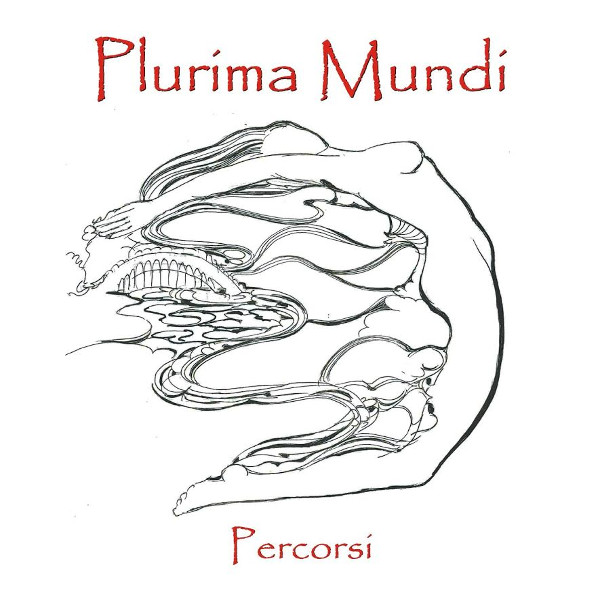 Eight years after their debut album, Italian prog band Plurima Mundi have released their second album Percorsi. Founded in 2004 by composer, classical violinist, and music teacher Massimiliano Monopoli, Plurima Mundi is a sextet consisting of Massimiliano, Grazia Maremonti (vocals), Massimo Bozza (bass guitar), Silvio Silvestre (electric guitar), Gianmarco Franchini (drums and percussion), and Lorenzo Semeraro (piano), all classically trained musicians. Percorsi is not a concept album, but a collection of tunes dealing with actual events, a kind of song-cycle if you will. Massimiliano thinks of the opening instrumental track “Eurasia” as showcasing their musical identity, and I tend to agree. The track opens with the sounds of lonely marsh birds followed by drums and funky wah-wah guitar. This leads to Massimiliano dominating the track with his classical violin performance, followed by Lorenzo’s quiet piano interlude and then intertwining violin and piano lines. “Eurasia” is a beautifully inspired and complex composition. Track two, “E mi vedrai … per te,” is a spiritual conversation with a distant person that begins and ends with crackling vinyl. In between are our first exposure to Grazia’s beautiful vocals, Gianmarco’s driving beat (ba-da-ba, ba-da-ba), Silvio’s superb guitar work, and additional inspired violin passages. And there is something about this song that reminds me of Opus Avantra. As we move through the disc, I hear similarities to Curved Air and Sonja Kristina, as well as Renaissance and Annie Haslam. I also find myself tapping to the beat, which does not happen very often. These complex songs and arrangements sound effortless, resulting in an amazing new album that is sure to please any lover of 70s or contemporary Italian progressive music.

Lubimov, Trostianki, Rybakov - Misterioso – As part of ECM's continuing new music series, enter a semi-classical trio who embrace the quietudes of modern compositional expression with a keen sense of space and beauty by focusing on modern...  (2007) » Read more