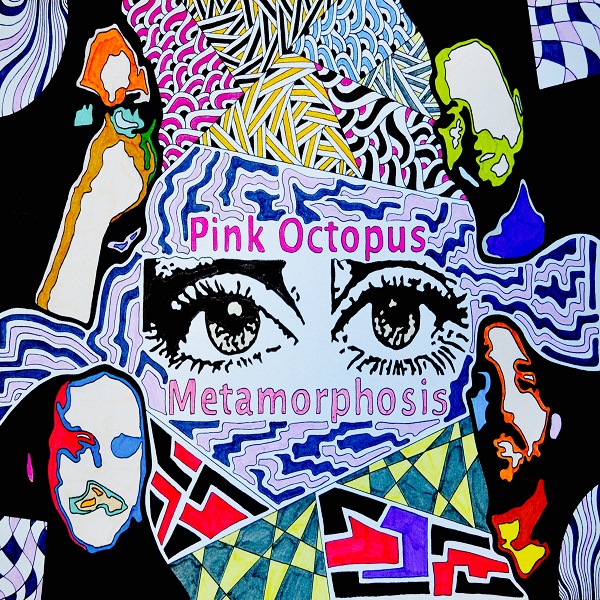 Jonathan Louis Huffman is back with his second Pink Octopus production, this time a purely instrumental affair. He is aided in his efforts by a kick-butt rhythm section consisting of drummer Ian McCarley and bassist Luke Wyman, and the tightly coordinated parts these three present are the album’s primary strength. There’s a fusion element inherent in any group playing tricky instrumental music like this, though they’re certainly more on the rock than the jazz side. But there is a feeling to the tunes that sets them apart from typical math-rock fare – touches of funk and jazz, plus an aggressive attitude that makes super-precise mathy music seem wimpy. Plus there are some pure freakout moments, as at the end of “Scientific Seamen,” where the guitar just goes nuts. As the album progresses, the funk element increases, though with the occasional odd-meter bit thrown in, and enough heavy riffing to avoid the slick side of funk. And there are always fast-picked lines around the corner to spell us from the rhythmic chords. Michael Porenta’s saxophone is used only for the occasional melody or for accenting certain notes of the complex guitar parts, and seems an afterthought in the arrangements. One of the things that makes the music work is that, unlike a lot of bands with tricky technical rhythms, there are actual melodies. Pink Octopus is a real showcase for inventive guitar playing, both in the notes chosen and in the sounds used. Huffman has a raft of different sounds at his disposal, and finds the right tone for each situation. I don’t know if there’s a Phase 2 in the works, but there’s certainly more to be said about this Metamorphosis.