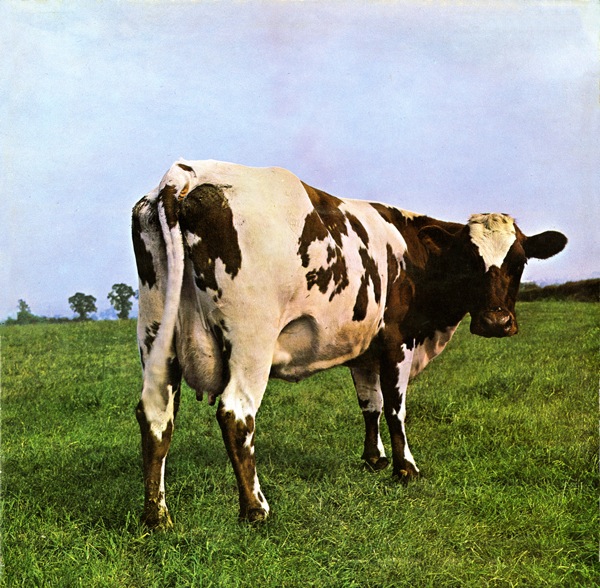 Back in the heyday of symphonic rock, it was natural for Pink Floyd to take an occasional stab at "serious" composition, their most assiduous attempt being this 1970 album's daringly abstract, twenty-three minute title track. Floyd sidekick Ron Geesin's uncredited brass and choral arrangements lend form and momentum to the alternately dissonant and lyrical piece, but it's David Gilmore's liquid glissando guitar that sustains Atom Heart's hypnotic plateaus. The three enervated ballads that ensue underscore the still-unhealed loss of Syd Barrett's songwriting skills. Roger Waters' "If" and Gilmore's "Fat Old Sun" were only to be effectively realized live (as documented on the 3/10/71 bootleg, Atom Heart Mother Goes on the Road), while Rick Wright's "Summer '68" portends the bitter, cynical tone of later Pink Floyd. The thirteen minute "Alan's Psychedelic Breakfast" consists largely of aimless musique concrète, but concludes with an uplifting, melodic coda of disarming warmth, innocence and charm (terms which would not often be applicable to the band's darkening musical vision). The benefits of Mobile Fidelity's gold Ultradisc treatment include an uncommonly lifelike kick drum sound, vivid stereo imaging, and the capture of Gilmore's seductively lush, mellifluous slide guitar in all of its sublime ethereality. While Atom Heart Mother remains a decidedly minor Pink Floyd opus (significantly, the group chose to omit it from the Shine On box set), the brave, if inflated, experimental spirit displayed here provides a striking contrast to the space-rock Barnum & Bailey the group has become.