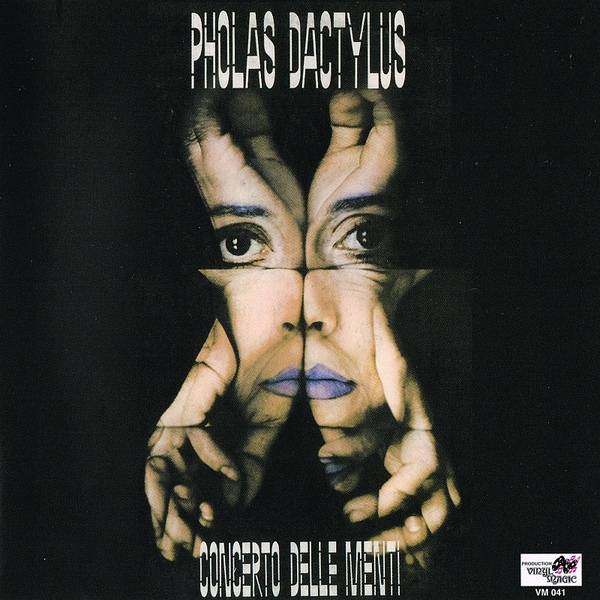 Originally on the Magma label, Pholas Dactylus recorded one album with two side-long suites called Concerto delle Menti. Obviously a concept of some sort, my Italian is much too shabby to get the gist. Pholas Dactylus will remind one of their original label mates Alphataurus and the New Trolls (in Atomic System) – a heavy-edged classical progressive rock with some really great riffs. I wouldn't say it's quite in the same class as the others although it certainly is adventurous and risk-taking. There is occasional narration, and often this aspect slows the music down – in places it seems like there's a bit too much filler. Anyway it seems to me that an album like this needs at least 10 listens to fully judge, a number I haven't quite approached. Fans of heavy Italian rock should certainly give this a listen, there's a lot of great music here.