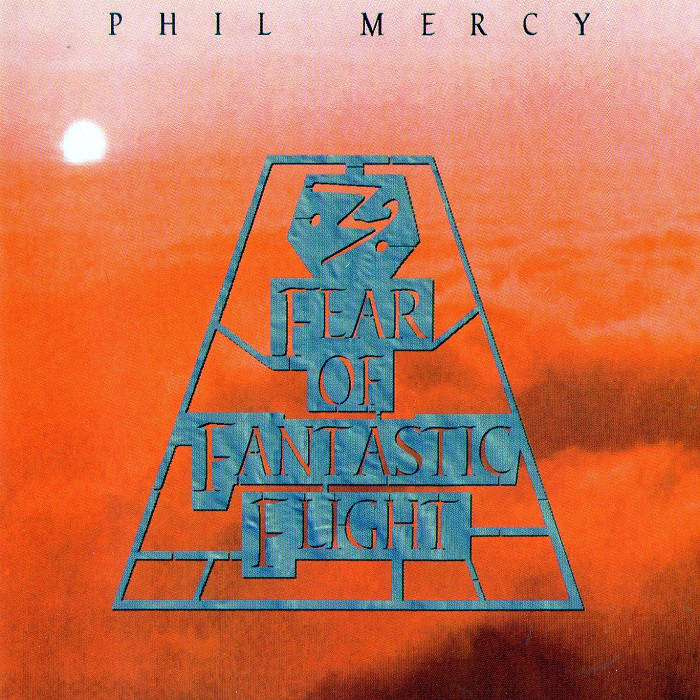 I don't know who Phil Mercy is, but, if I had to guess from what's in the CD booklet, I'd say he's a gifted English guitarist who has always wished for a chance to record the kind of music HE likes, rather than the stuff he does for a living (no doubt watered down pablum for the masses). Fortunately for us, Phil likes progressive fusion and that's what you'll find from the beginning of "Fear of Fantastic Flight" to the end. Solid fusion rock appears on the tracks "Aliens Wear Boots" and "Pump II" while "Dance of the Aliens" and "Khan Bh–t" could have come off of a Gamalon or Bon Lozaga release. Phil also gets to display his dexterity on keyboards, whether he's playing solo lines or deft unisons with the guitar. This is also truly a solo effort; all the drum parts are programmed on an Alesis drum machine and Phil displays his mastery of that instrument as well. Not to sound like a broken record, but, as with most of my colleagues at Expos‚, I always prefer a live musician to a drum machine, no matter how well programmed it is. Economic necessities aside, the use of digital drumming and keys leaves the overall sound of "Fear of Fantastic Flight" a bit flat and lifeless. Fortunately for the listener, the compositions and arrangements have the upper hand and more than tip the scales in favor of this release. I sure hope Phil can employ some of his session mates to help him out on the next one which I am eager to hear.

Mastermind - III - Tragic Symphony – Ever wonder what happened to progressive rock? Especially the rock part? Wonder no more. Mastermind has returned with a third album that is every bit as potent as one might expect after the heavy...  (1995) » Read more