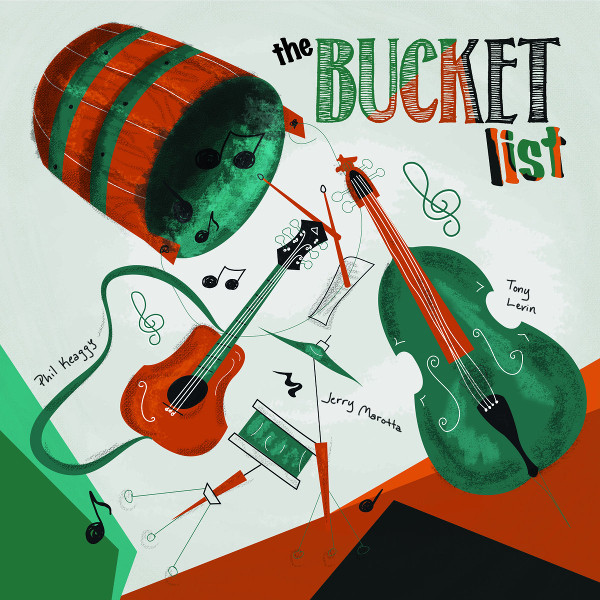 Here we have a somewhat unassuming album featuring three musicians of note. Tony Levin needs no introduction, and Jerry Marotta should be familiar for his work with Peter Gabriel (and Tony Levin). Phil Keaggy is less familiar to me, but he’s apparently well known in Christian music circles, with a reputation as a great guitarist. The album at hand is all instrumental with no apparent religious content. These 12 tracks are not flashy in their technique, with more of a focus on strong melodies, catchy grooves, and varied textures. Levin and Marotta constitute a rhythm section that any guitarist would love to have behind him, and they don’t disappoint. We get the usual array of bass work from Levin, with both bass guitar and Stick, and his playing is stellar on both backing and the occasional lead melodic part. Marotta gives us tasty grooves throughout on his kit and added percussion, and maybe even some electronic touches. His knack for putting accents in unexpected places adds a lot of interest to The Bucket List. As for Keaggy, he’s more a generalist than a specialist on the guitar, tackling acoustic as well as electric with a wide range of tones. He’s not a shredder, which makes the times that he does toss off fast lines more impactful. His finger-picking is impressive, and many of his melodic and solo parts feature picking with harmonies rather than just single lines. I’m sometimes reminded of Richard Thompson, though Keaggy is less edgy than Thompson can be. The compositions exhibit a lot of variety in tempo and mood, so the album doesn’t get old as you listen to it. There are many highlights, with some favorites being “Midland Crisis,” which has a bit of a Pat Metheny vibe to it, and “Carved in Stone,” where Marotta builds an inventive rhythm around a cowbell and Keaggy digs into some bluesy slide work. Fans of creative guitar playing should check out The Bucket List for a refreshing change of pace from the legions of shred-meister wanker albums.