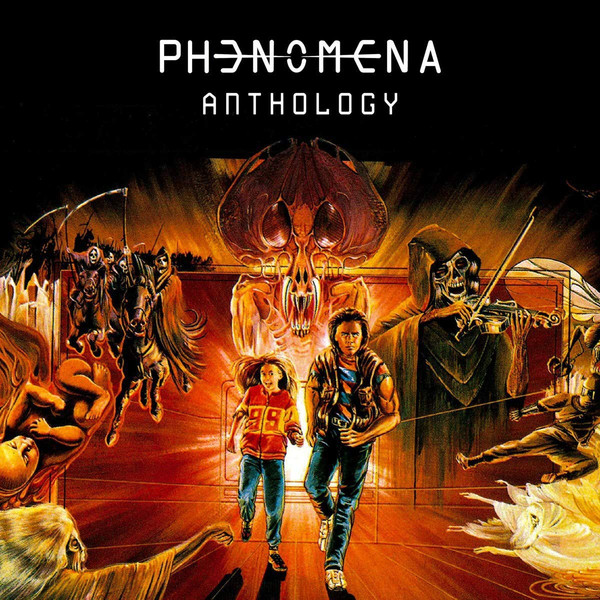 I’m going to assume that there is a segment of music fans for whom Phenomena is a big deal. I am not a member of that segment, and in fact, I’m not even sure I ever heard of the project before. It was formed by Whitesnake guitarist Mel Galley, his brother Tom Galley, and W.F. Rimensberger of Metalhammer magazine. Tom Galley is best known as a producer, and he acts as chief songwriter for the project, while Rimensberger handles management, probably using his media connections to get the thing off the ground. Mel Galley was joined by a wide range of other musicians, many from the metal world, to perform Tom’s music. This collection covers the period of the first three Phenomena albums (1985-92), and the guests include several people I’m familiar with, such as Neil Murray, Cozy Powell, Ric Sanders, Brian May, Peter Green, and John Wetton, all on no more than three tracks each. Others include people associated with Black Sabbath, Deep Purple, Asia, Wishbone Ash, Budgie, Magnum, and a whole bunch of bands I’ve never heard. The music is exactly what I expected: absolutely by-the-numbers 80s hard rock, complete with anthemic power ballads and such profound statements as “If You Want to Rock,” “Running with the Pack,” and “Dance with the Devil.” It’s all meticulously performed and recorded, and completely devoid of any originality. But to be honest, originality is not what they’re aiming for. If I’m being cynical, I’d say they (the producers) were aiming for a hit single that would bring in a bunch of money, while for the guest musicians it was a paycheck. Hearing John Wetton, a singer whose voice I like, sing “Did It All for Love” is something that just makes me a little sad, though I’m well aware that Wetton himself produced his share of sappy ballads. The only thing I can compare Phenomena to with confidence is Asia, and I’ll say that if I was forced to choose between the two, I’d pick Asia and hope to lose my hearing before my sanity.

Big Wedge - Minutiae – Based out of New York City, Big Wedge is a mainstream rock band with a few unexpected twists. Every song on Minutiae is in a different style. The album opens with “Land of the Free” – a...  (2005) » Read more