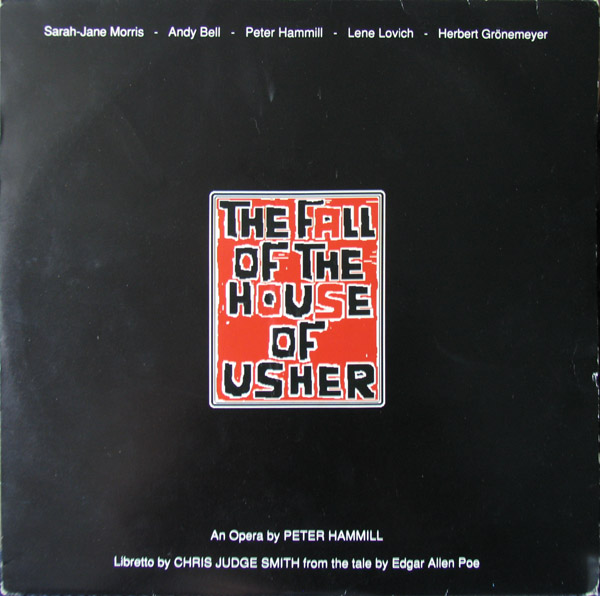 The key point to keep in mind about enjoying this re-work is that this seventy-seven minute disc is an opera. It's a vocal story reading from start to finish of the Edgar Allen Poe classic tale, but done only in a way Peter Hammill could construct. The original release of the album was somewhat of a loss on long-term supporters (and of course the press) in general. Although it had been anticipated for nearly fifteen years when it was first released, most fans had no clue as to what to think of it. It's literally a gothic tale of possession and woe with dire circumstances to the owners of the home. The new remixed, remodeled incarnation of the album is a more listenable epic than the original, making it easier to penetrate that proverbial brick. The prime role in the mix is Hammill's ominous use of the House chorus, which would be guaranteed to make a discernable mark in any Wes Craven film. It's essential the album be listened to from front to back to get the full effect. Fans of Devil Doll and Goblin will especially appreciate the sense of gloom and impending doom. Following along with the libretto helps keep track of what's taking place on the stage of the story. This is the kind of work which deserves live performance to truly appreciate (or possibly some multi-media video presentation). Overall, Hammill has rebuilt his original work into a more forceful and compelling mat to ponder. However it's not for the weak of heart.