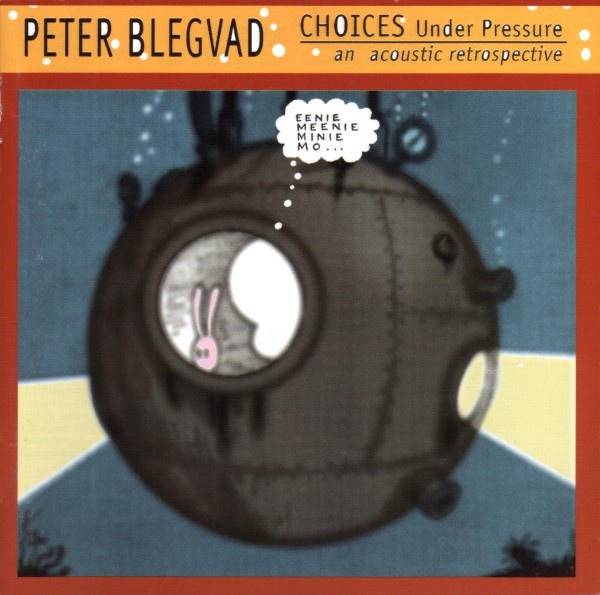 Choices under Pressure is a career retrospective done in a rather oblique (and typically Blegvadian) manner. He has rerecorded more-or-less acoustic versions of some of his best songs from previous albums, accompanied by longtime collaborator Jakko Jakszik (on guitars, keyboards, and percussion) with John Greaves and Danny Thompson taking turns on bass. As a fan of Blegvad’s first two albums, I can’t help noticing the complete absence of any songs from them on this collection; however, he does include two Slapp Happy songs: “Haiku” from their first album and “The Unborn Byron” from 1998’s reunion album Ça Va. As for songs from his own albums, he does three from King Strut and Other Stories (1990), three from Just Woke Up (1997), and two from Hangman’s Hill (1999). There are also two new songs, both collaborations with Andy Partridge of XTC. The mood varies from the simple father’s observations of “Daughter” (“That’s my daughter in the water, everything she knows I taught her.”) to the more obtuse and symbolic, such as “God Detector,” a story about a man who takes just such a device into a “house of ill-repute” looking for divinity. This collection serves as ample proof that Blegvad, in spite of the way success has eluded him, is an extraordinary songwriter, ranging from downhome singalongs to uptown artsongs.