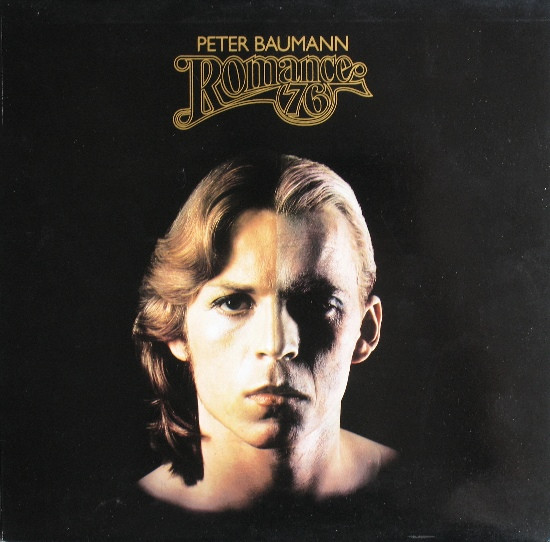 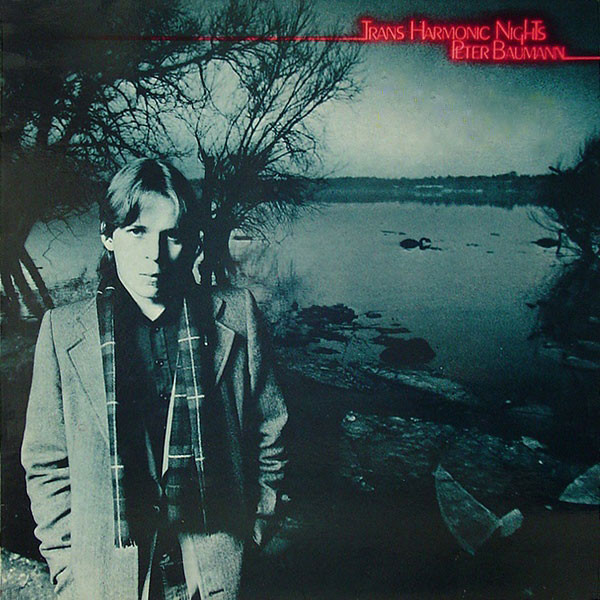 Peter Baumann was an integral part of Tangerine Dream from 1971 to 1977, which in my opinion was the group’s best period. So I was excited in 1976 when Peter Baumann released his first solo album Romance 76. I was amazed at the cleanness of the sound, which was partially influenced by David Bowie. The first two tracks, “Bicentennial Presentation” and “Romance,” contain typical Tangerine Dream pentatonic sequences, percussive electronics, and Peter’s catchy melodies. “Phase by Phase” then takes the listener into darker realms with analog synths, sequencers, and sepulchral chimes. The last three tracks, “Meadow of Infinity (Part 1),” “The Glass Bridge,” and “Meadow of Infinity (Part 2),” took up the second side of the LP and are basically three movements of one long abstract and dark orchestral composition.

Three years later Peter released his second solo album, Trans Harmonic Nights. Unlike the diversity of the music on Romance 76, the eight tracks on “Trans Harmonic Nights” contain catchy melodies, sequencers, Mellotron, and the occasional vocoder. The album opens with the razor-edged electronics of “This Day” followed by the heavy bass and drums of “White Bench and Black Beach.” “Chasing the Dream” contains a typical Tangerine Dream pentatonic sequence. “Biking up the Strand” is a happy, upbeat melody that would be great for cycling. Things then turn a bit minimal with “Phaseday” and its pulsating sequence, Mellotron, and vocoder. “Meridian Woodland” takes us into the dark forest with its eerie melody. “The Third Site” is a continuation of “Meridian Woodland.” The album closes with “Dance at Dawn” and its rapid percussive rhythm, synth trumpets, and pentatonic sequences.

Shortly after releasing Trans Harmonic Nights, Peter relocated to the US where he recorded two more albums that were below par: Repeat Repeat and Strangers in the Night (yes the Frank Sinatra song). What a disappointment to his fans! Romance 76 and Trans Harmonic Nights were the best of Peter’s solo career until 2016’s Machines of Desire. Thanks to Bureau B for bringing these two excellent albums of Berlin School electronics to wider audience!