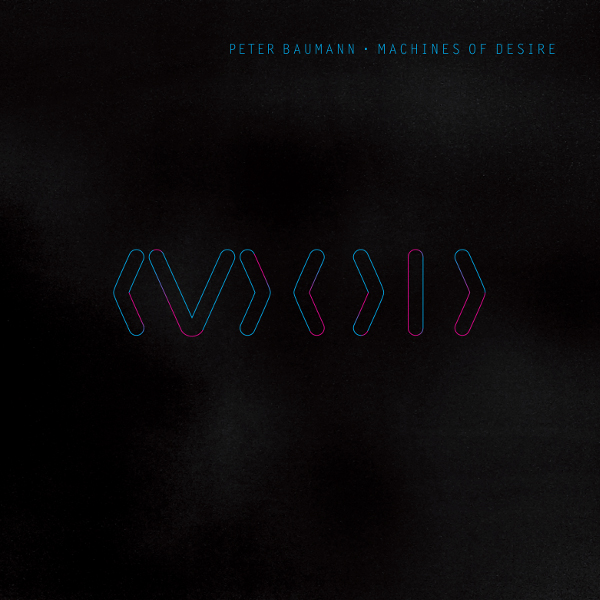 Tangerine Dream fans will be ecstatic! Peter Baumann, Tangerine Dream member from 1971-77 has just released his first solo album in 20 years! After leaving the band in 1977, he embarked on a solo career. During the 80s he founded the Private Music label and released many new age albums by such luminaries as Suzanne Ciani, Yanni, Patrick O’Hearn, etc. In 1996 he sold the label to the parent company BMG, moved to San Francisco, and founded the Baumann Foundation, a think tank for exploring the experience of being a human in the context of cognitive science, evolutionary theory, and philosophy. In October 2014 he was moved by the muse to be musically creative again, so he called Edgar Froese and they met in Austria in early 2015, a few days before Edgar passed away on April 6. Peter’s first two solo albums, Romance 76 and Trans Harmonic Nights, still bore the distinctive Tangerine Dream stamp, but his later solo efforts drifted away, losing me (and probably many others) as a fan. Machines of Desire takes us back to his early solo efforts and 70s Tangerine Dream, which in my opinion was when they recorded their best music. Machines of Desire contains eight instrumental tracks propelled by analog sequencers, pentatonic scales, electronic percussion, and catchy melody lines that make some of the music indistinguishable from his days with Tangerine Dream. The entire album is excellent, and it's difficult to name the significant highs and lows. I will just talk about some of the music. The opening track is “The Blue Dream,” a slow and eerie theme in the tradition of Bladerunner’s opening credits and then it morphs into something that could have been on Romance 76, like “Meadow of Infinity.” “Ordinary Wonder” reminds me of “Biking up the Strand” from Trans Harmonic Nights. “Crossing the Abyss” is another spooky piece with Eastern themes, short pentatonic runs, and analog synths just like early Tangerine Dream. Many times as musicians from the 70s mature, the music matured with them. This is not the case with Machines of Desire. The music retains the same youthful enthusiasm today as Baumann’s music did in the 70s.