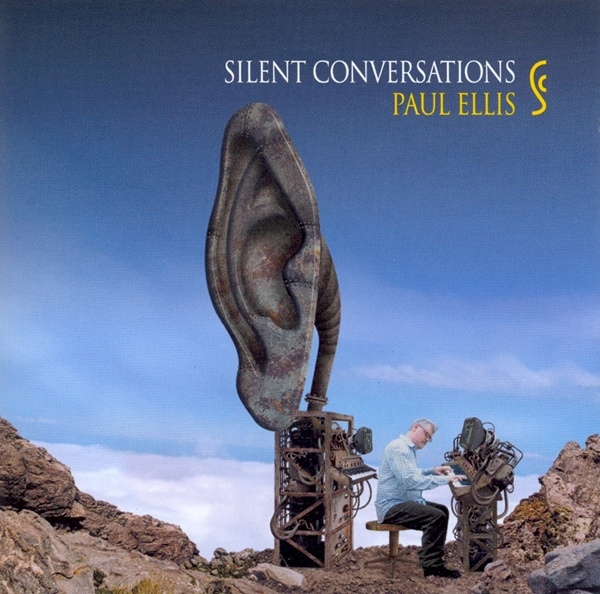 Ellis was a bit tired of doing all things alone each time, so for his fourth solo album, he looked for outside sources and found them in friends and acquaintances. In fact he was so enthusiastic about their contributions that only two tracks here are pure Ellis solo. He couldn’t have teamed up with more qualified composers than Steve Roach, Jeffrey Koepper and Otso Pakarinen. Especially Roach’s firm and deep inspiration hovers like a ghost over almost the entire album. But don’t worry, plenty of the typical Ellis style signs are still present. “Trillium” to my ears must be interpreted as a ode to the magic of Roach, because Ellis starts with a haunting beautiful nod to Structures from Silence, but where Roach’s delicate esoteric sound-forms slowly rise from the Earth’s surface, Ellis throws in some sequencers and shifting effects which don’t shatter the atmosphere, rather enhance the tension even more. New here are the guitar chord breaks in “The Only Known Photograph of God” and “Trance Figure,” which give these bits an Eno or Budd kind of feeling. Celestial heavens deeply penetrate the soul of Ellis, as “Silent Conversations” with Brenda Erikson on cello, Alison O’Connor on vocals, and further synth treatments shows, delivering a space and timeless feeling. Without doubt the ambient parts of this album are the most profound music Ellis has composed to this date.