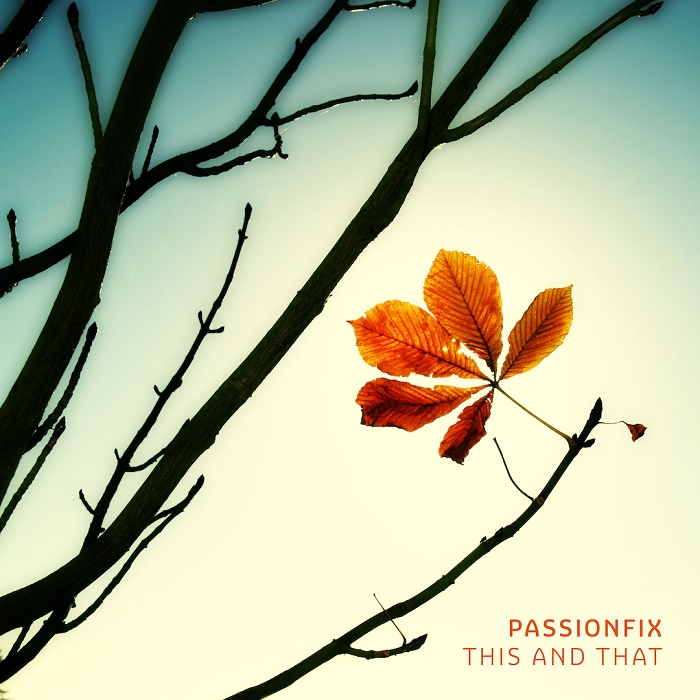 Based in Baltimore since the early 80s, Passionfix played their last live gig in the early 90s, after which they became a studio-only project, releasing material intermittently in all the years since. In fact, just last year we reviewed an album by Julie Keough titled Every Other Color, on which all of the songs were written by Passionfix guitarist and keyboardist Dave Kelly and the supporting musicians throughout were also from Passionfix (along with a large network of guest players); prior to that, Keough was the group’s regular singer, as evidenced on the 2017 album The Opposite of This, but in 2019 she joined the US Air Force as the lead singer of the Air Force Academy band Wild Blue Country, necessitating a re-shuffle in the Passionfix ranks. For the brand new album, This and That, mainstays Dave Kelly (guitars, keyboards, songwriting) and Mike Kearney (bass) remain, along with drummer Simon Harris and new singer Kelly Secret. They must have searched long and hard for someone with a voice similar to Keough’s, because if a listener didn’t know otherwise, the two might well be mistaken for one another (of course part of that might be that all eighteen tracks were composed by Kelly in a similar style). Secret’s singing style is a no-nonsense, no-acrobatics approach, delivering the songs lyrics with power, soul, and passion. In addition to the four principals, there are ten guest players contributing everything from piano, violin, horns, harmonica, additional guitars, and backing vocals on this track or that. Throughout, the style is centered around a soulful pop sound, sometimes delivered with an aggressive style — Secret’s delivery on “Just Another Tattoo” or “A Day Like This” or the closer, “Flow Me,” really deliver the goods, though tunes like “Frozen” or “The Highway” take a more gentle approach filled with intense emotion. “Do You Remember Me” is a fast-paced country-blues standout with some superb harmonica work. “Gave It Away” has Secret in top form with mostly acoustic guitar accompaniment, a truly engaging number and certainly one of the album’s standouts. Most of the tunes are in the three to five minute range, and like I said earlier there are a full eighteen of them, totaling 80 minutes, which makes This and That the equivalent of a two LP set, a lot of listening for one sitting. But familiarity only comes to those with patience, and there are so many great songs here it would be a shame to let the length of the set get in the way.