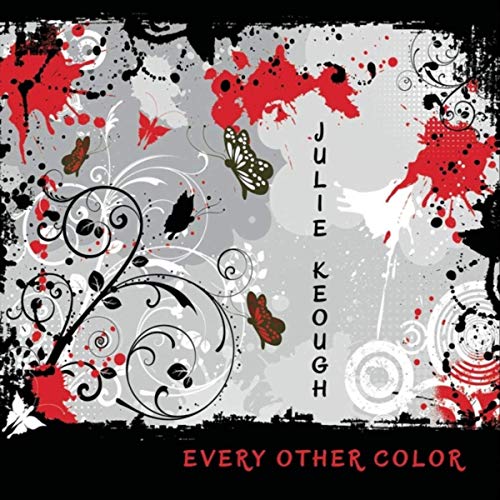 Every Other Color is the long awaited follow-up to Keough’s debut album Blue, released in 2001 when she was just a teenager. Her amazing singing is what really makes this release special, although equal credit must go to one Dave Kelly, who composed all of the ten tracks, arranged, produced, and engineered the whole album, as well as playing guitar, bass, and keyboards. The album was finished in 2018, though not released until 2019, by which time a lot had changed; In 2019 she joined the Air Force as the lead singer for the Air Force Academy country band Wild Blue Country, and a quick search of the internet will turn up a video of her singing “God Bless America” at Coors Field in Colorado, where she is now based. USAF is a good gig, regular pay and benefits, especially when you don't have to fly over enemy territory and get shot at! But the album at hand all transpired before that. Along with Kelly’s contributions, it also features drummer Simon Harris, Jay Graboski on guitar and bass on about half the cuts, Gene Meros on sax on a couple cuts, and fiddler Patrick McAvinue on several more, plus other players on guitar, mandolin, and bodhran. If fiddle, bodhran, and mandolin conjure up Celtic mentations, there is some of that influence here, but there is a lot more to it that defies categorization, spanning the range from folk to rock to expressive pop. “Actuality” is a song with primarily piano accompaniment reminiscent of some of the earliest Carly Simon records, while the opener “Slow Approaching Storm” hints at the Celtic rock element with thoughtful lyrics blessed by Keough’s powerful voice and great sax soloing throughout. “The Opposite of This” is an uptempo folk-rocker featuring bodhran and fiddle prominently, with some backing vocals from mandolinist Bill Phelan. A more aggressive rocker, “5000 Miles,” makes great use of pauses in the music where Keough picks up the next measure solo with her voice before all of the other instruments join in, something that’s utilized on several other cuts throughout the album. “Or Just Say Goodbye” again features great arrangements and a very thoughtful lyric that Keough delivers full power as if it were her own. Closer “Days” is probably the closest the album gets to a full-on folk-rock-Celtic approach, again utilizing pauses in the arrangements to keep it supremely interesting. Ten songs and every one a masterpiece from the composition to the brilliant arrangements to Keough’s powerful vocal delivery.