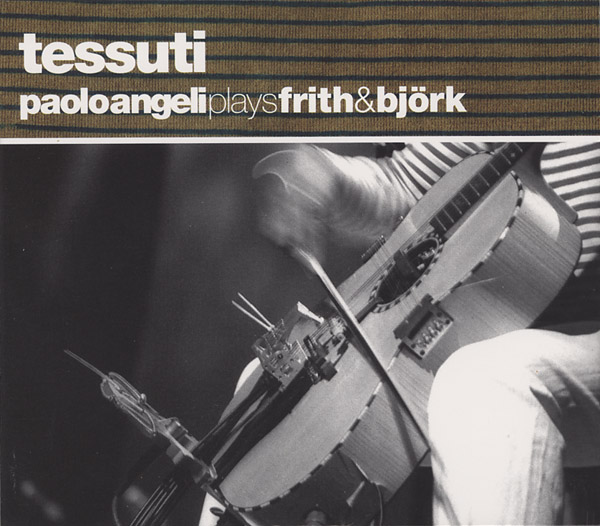 To paraphrase Shakespeare, there are more musics in heaven and earth than are dreamt of in your CD collection. Unless you have one of his previous releases, Paolo Angeli is probably an example of the undreamt-of. First he took a little known instrument, the Sardinian folk guitar, and then he modified it almost beyond recognition, turning it into a kind of bizarre hybrid of a guitar and a cello plus electronics. He has developed playing techniques to go along with it, and the result is basically just mind-boggling. He somehow manages to sound like a duet between an acoustic guitar and a cello all at once without resorting (except in a few scrupulously noted cases) to loops, samples, or overdubs – this is a live recording by a solo performer. Sometimes you would swear it’s actually a trio of bass, acoustic guitar, and electric guitar. The subtitle of this recording is “Paolo Angeli Plays Frith & Björk” but there are actually a few Angeli originals tossed in for good measure. The Björk selections avoid her big hits with the exception of the bonus track, “Hyperballad,” and I’m not even sure what would constitute a “hit” from Fred Frith. Listening to this, it’s really hard to imagine how he manages to accomplish it. All of which would be pointless it the result wasn’t listenable, but luckily it’s quite enjoyable, somehow accessible and avant-garde at the same time. But doing more than one thing at a time is what Angeli is all about.