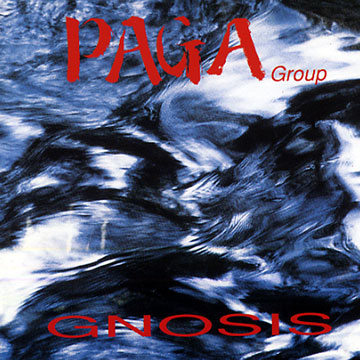 Paga today is: Bernard Paganotti, former monster-zeuhl bassist with Magma and Weidorje, Klaus Blasquiz, former Magma lead vocalist on all their best albums, Bertrand Lajudie on keyboards, and new members Francois Laizeau on drums, who played with Magma, Offering and Yochk'o Seffer in the 80s, and Eric Seva on soprano and tenor saxes and EWI. So one would expect a lineup with such a pedigree to be pumping out intense, throbbing zeuhl-fusion, right? Like the two previous Paga albums, right? Wrong. In fact it may disappoint some who are expecting some continuity from previous albums, but in fact this album is very different - and even took me by surprise, having heard some live tapes from less than a year before this release. The band has deliberately taken a big step in a jazzier direction. That said, and notwithstanding a more commercial lite-version of their classic "Urantia" that opens the album, the music here is quite good, and in fact may be the best Paga yet; overall the sound is more subtle, yet on close listen one can detect all the fire of Paga past, Paganotti's ever riffing bass, Laizeau's crafty touch on the drums. The keyboards are toned down a bit to make room for the saxes, and due to the jazzier feel of the music, Klaus' voice sounds quite a bit softer than I've heard it before, which tends to translate into more accessible on the vocal tracks (of which there are three). Yet under the smooth surface, all the power and energy are still there, waiting to be heard. Most notable are the tracks "Caravan," "Zigzag," and the eleven-minute Lajudie penned "Jazzobizz." This is an album that takes a few listens to be understood and appreciated; unlike Haunted, it won't jump out of the speakers and grab you by the jugular, but it does make for some compelling listening... after ten-plus times through I'm still discovering new things I haven't heard before.