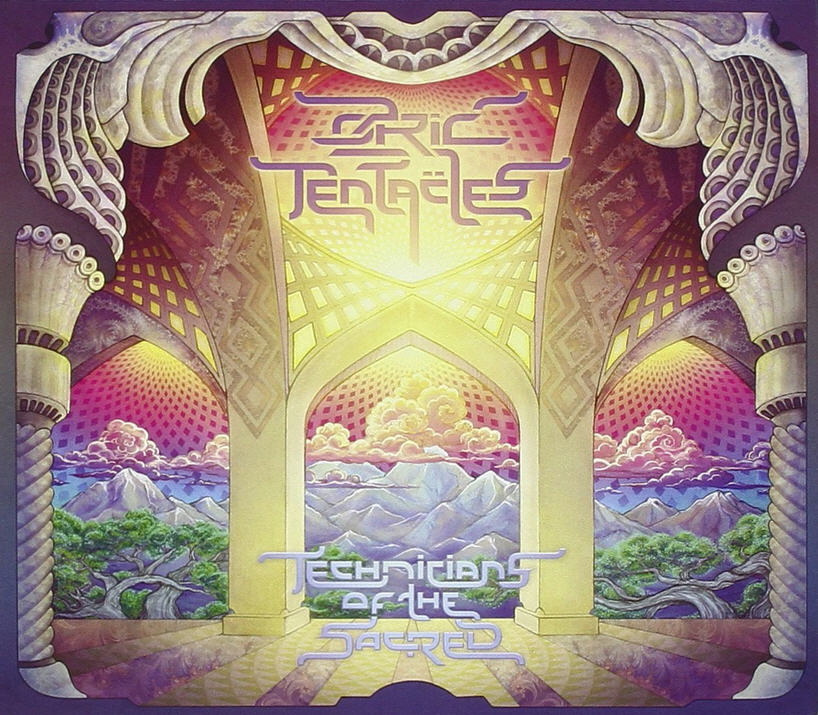 Enjoyable as they are, the challenge in reviewing any new Ozric Tentacles album is finding something to say that distinguishes the new album from the 29-or-so before it. The band had humble beginnings, releasing six cassettes over a five year period, but by Pungent Effulgent (1989) and Erpland (1990) their unique all-instrumental space-rock style, fashioned somewhat after the heady psychedelic jams of Steve Hillage-era Gong, was completely intact, and has remained so ever since. If their sound has changed at all in all the years since, it’s done so at such a glacial pace that one could be forgiven for not noticing. The players have changed over the years, only guitarist / synthesist and de-facto bandleader Ed Wynne remains from those early formative days, and over time it’s been the duty of all the new incoming members to faithfully reproduce that sound. Perusing my memory, there have been a few albums over the years that weren’t quite up to snuff, and several that were very memorable and exciting, and having listened to it numerous times now, this two-disc studio set with six sprawling tracks per disc is probably closer to the latter. There are some new rhythms, samples and grooves integrated into the fabric of their sound, but Technicians of the Sacred remains faithful to the best releases in the Ozrics canon. If you’ve liked the road the band has traveled over the years, then this one should suit you well.