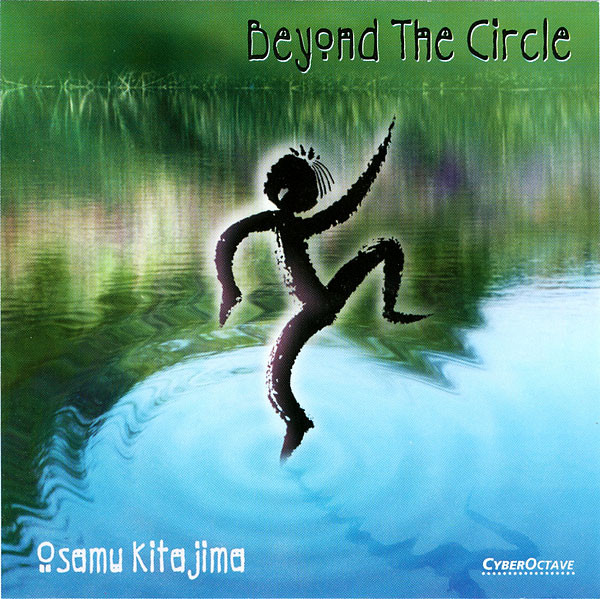 Japanese expatriate Kitajima has kept quite a low profile ever since his emigration to America, shrouding his hermetic career in enough mystery to drive even the most arduous collector a bit bonkers. Fellow countrymen Akira Ito and Fumio Miyashita don’t do too shabby a job of it themselves! But Kitajima is — like the even more esoteric, Tsutomu Yamashita — the last of a dying breed of Japanese rock composers, those who aren’t afraid let their Japanese culture inform their musical output. Where else will you hear instruments like koto and biwa played (yes, played, not sampled!) in a hybrid rock context in which they actually contribute to the music’s substance; not just toys to be experimented with (and raped in the process)? Kitajima’s latest music whips up a mood similar to his past albums in some respects. Themes or musical movements are eschewed in favor of a harmonious translucent blend of aqueous background texture, highlighted by the most sparse accentuating colors. Some might see it as uneventful. Admittedly, little does seem to happen. There is a peculiarly Japanese aesthetic that gives primacy to a parsimony of means, attempting to establish a serene state more by what it avoids, rather than the Western idea of continuous addition. But the main point of my dissent is the use of (not too heavy) techno beats that drive most of the pieces on the album all at roughly the same tempo, I might add. Beyond the Circle just doesn’t exude much confidence as a techno album; it’s too good! Like the No-Man project previously reviewed, the beat pollutes its surrounding environment. Oil poured into water. The sense of freedom in the music cries out for liberation from the static pulsating rhythms. The result: I can’t help but yearn to hear from Kitajima a more acoustic-centered percussion approach upon which to base his otherwise evocative compositions.