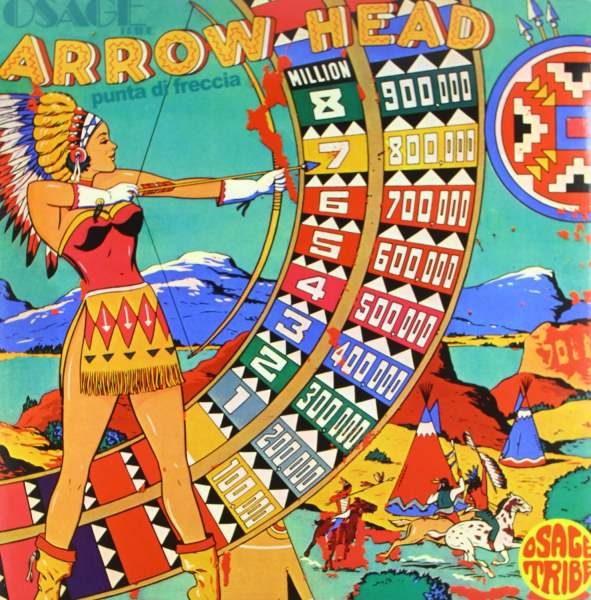 The Osage Tribe were practically a super group in the annals of Italian history, fitting somewhere between I Gleemen (pre-album) and Duello Madre or Il Volo. Being on Bla Bla records naturally ties them in somewhat with an experimental view, in fact Franco Battiato co-wrote the opener "Hajenhanhowa." The theme here seems to be Native American; the music and feel is of an innovative rock style. Guitarist Marco Zoccheddu was an original member of I Gleemen with Bambi Fossati (Garybaldi, Bambibanda e Melodie) so it’s no surprise there's a strong Jimi Hendrix influence to his style and much of the music. The Osage Tribe's closest cousin would definitely be the aforementioned Garybaldi, but more in the Nuda vein as there is less of that cosmic spaciness and more of a rawer rock feel. The songs tend to be long with plenty of guitar solos and experimentation. For a trio, Osage make a really big sound, full of risks and a bit of psychedelia. This is certainly a great release, but probably more for the fan of Hendrix, Garybaldi, Cream or other less symphonically oriented yet still experimental groups.