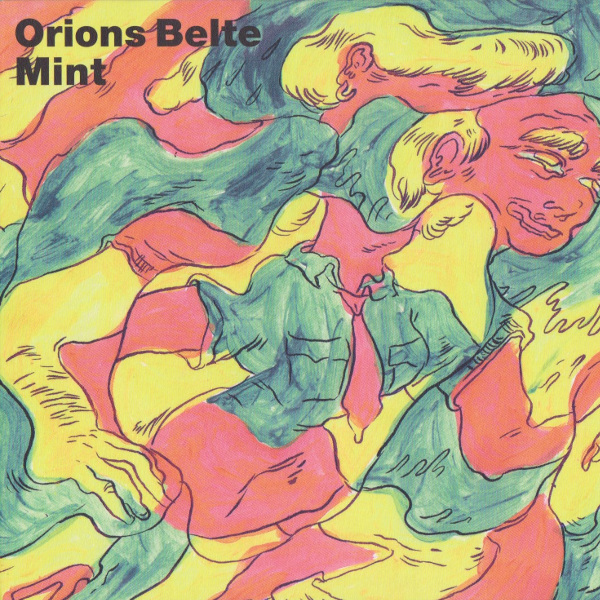 This Oslo band creates mostly instrumental music in the vein of such 70s sounds as European movie soundtracks and library music, with a gauzy, atmospheric sound that would fit in a David Lynch film. There are occasional hints of German space rock, though not of the more psychedelic variety, and a few touches of the blues. Nigerian rock of the 70s is mentioned in their PR materials, though I don’t hear much of that in the music. Guitarist Øyvind Blomstrøm favors clean tones with lots of reverb and a touch of the whammy bar, often with such vintage touches as tremolo, though he does break out the fuzz from time to time, as on the solo section of the dub-blues “Joe Frazier.” He also switches over to a pedal steel on a few tracks, with a sound that’s not quite country, not quite Hawaiian, and not quite out-and-out space rock. Chris Holm handles bass and keyboards, providing solid backing on the former and suitable coloration on the latter, whether it’s organ or synths. Holm also provides the occasional vocals, though they’re always rather low in the mix and provide more texture than lyrical content. Kim Åge Furuhaug’s drumming eschews flashy, busy playing for more sparse rhythms, keeping the tunes moving without breaking the mood. Mint is a generally low-key affair with simple tunes wrapped in a haze of reverb, suitable for a morning lounging on a Mediterranean beach, watching the play of sunlight on the waves, sipping a cappuccino and trying to work out whether you should go somewhere for lunch or have it delivered.

Kurt Rongey - With Form It Threatens Silence – Quite a few years ago — I think it was after I first heard Echolyn — I devised a new sub-genre of progressive rock, part of my own eccentric system of categorizing music. I called this sub-genre...  (2008) » Read more