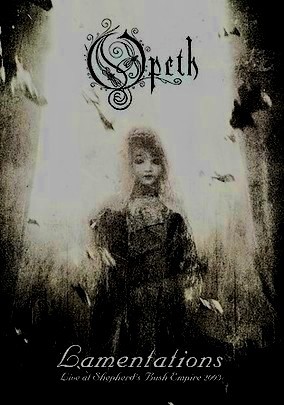 This concert focuses mostly on Opeth’s “mellow” album Damnation. For the first set, it is performed in its entirety in order (with one other song interpolated). Then they take a break and do a selection of heavier songs from the two most recent heavy releases, Deliverance and Blackwater Park. I’m not very familiar with the band’s catalog, and am not in fact much into black metal, but I can appreciate great musicians playing great songs, and Opeth is so far beyond simple black metal that I have no trouble endorsing them. Not only is the playing impressively tight, but the arrangements feature some very nice contrasts from section to section, and not just soft/heavy. Variations in key, texture, speed, and atmosphere come across on stage as well as they would in the studio.

An enthusiastic crowd goes along with the mellow side of the band, though you occasionally get the idea they really want the growling to start and the hair to get flying. For the non-concert portion of the DVD, there is a documentary about the making of the Deliverance and Damnation albums. The musicianship of these guys is quite impressive, and their relationship with producer Stephen Wilson is great to see, but this is almost too much detail about how they make the albums. I'd like to think they actually sing all those backing vocals in tune and in time, not just pretty close and then fix in the computer. But maybe I’m living in a fantasy world.