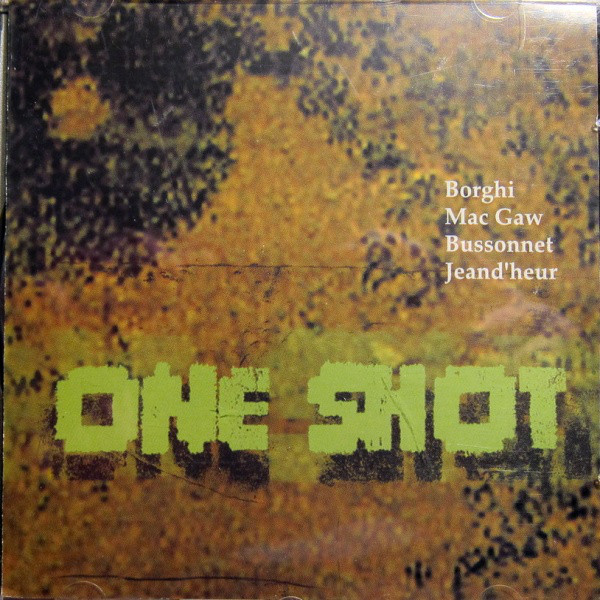 Emmanuel Borghi (keys) and Philippe Bussonnet (bass) are both members of the current Magma lineup. Here they are joined by James Mac Gaw (guitars) and Daniel Jeand’heur (drums) on a romp through jazz-rock improv-land. The playing is very tight, this is one fine-tuned machine that can drive on the hard-fusion road just as easily as they do on the more cerebral jazz path, sometimes switching between the two extremes in a matter of seconds, very naturally and effortlessly. Despite the pedigrees of Borghi and Bussonnet, do not expect Magma or zeuhl, there is little evidence of it here. The inclination here seems more toward a 70s American-styled fusion rather than the more typically more delicate French variety, some reference points being Zappa, Billy Cobham, Miles Davis, and the Jeff Beck Group. Borghi’s preferred board is the mighty Fender Rhodes, which along with Jeand’heur’s adept drumming establishes the general flavor on most of the tracks; Mac Gaw’s guitar attack is fast, assertive and incisive, being primarily a soloist, while Bussonnet ties it all together. Five of seven tracks here break the nine minute mark, giving ample room to stretch out and make their case. Energetic fusion of the highest order.