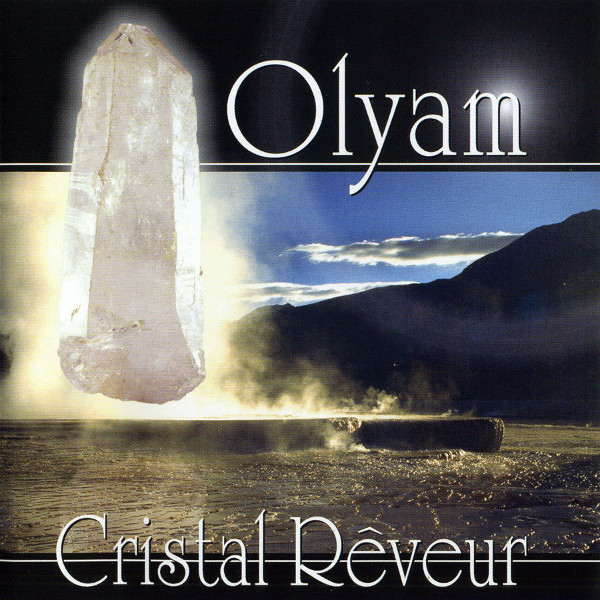 Olyam is a young French musician working in the realm of New-Age/Pop, akin to other one-name practitioners (Kitaro, Vangelis, Yanni, etc.) though his influences also include Mike Oldfield. His 5th release in this vein (he also has several albums out in the purely symphonic and world music genres, among others ­ a prolific fellow!) Cristal Rêveur conceptually (and predictably) revolves around the mystical powers attributed to crystals, evidenced in song titles like “Sacred Geometry” and “Crystals Dance.” The ten songs are all instrumental, though Annabelle Martinez provides some la-la-las to the track “Lunar Instant.” Olyam’s strength is not as a virtuoso instrumentalist, either as a guitarist or keyboardist. Instead, his real talent lies in the crafting and production of the finished pieces. The best, “Between Earth and Sky,” “Mineral Memory,” and “Volcano,” ably bring together an assortment of instrumental sounds, some generated on keyboards, some via guitars (along with various electronic drums and percussion) with simple yet likeable melodies. The poorer songs suffer either from weak melodic or chordal inventions or from instrumental mismatches, such as the pairing of an accordion to a swing groove. I can’t help feeling that Olyam’s aiming at mainstream commercial success with this music and, while I enjoyed moments on this disc, my guess is that most Exposé readers will want to give this one a miss. Handle with care (except for you closet Kitaro and Yanni fans out there).