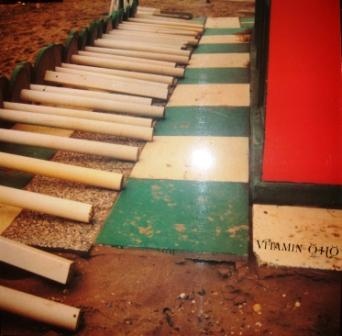 Oho is an American progressive rock group in the symphonic style that unfortunately didn't get to release this album when it was recorded, and was only reissued by Little Wing many years ago on LP. I think it’s time for a CD reissue, fellows! Those familiar with the likes of Cathedral, Surprise, Lift, or Mirthrandir will have a very good idea of what to expect here — heavy Genesis and Yes influences (the album's finale seems to be a direct tribute to the former), with all the classic moves. It's actually very good, Oho doesn't exactly seem as much of a retread as some of the bands I just mentioned, and the music is of high caliber over all. There's enough Mellotron, synths, and Frippian guitar work to satisfy the most discerning prog-rock fan. This is no overwhelming statement yet most readers would do well to give it a shot.