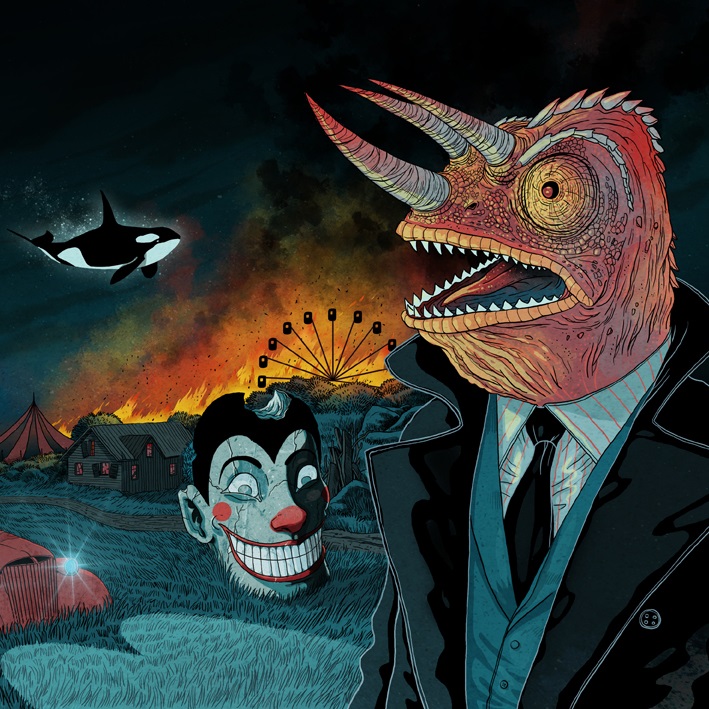 We are now to the point in the history of progressive rock where we might need to add another sub-genre. For decades, we’ve had symphonic rock, progressive metal, neo-progressive, RIO, zeuhl, and so on. This is not an exhaustive list – there’s no such thing as an exhaustive list, and there have always been bands that don’t fit one of the categories, or perhaps define categories of their own, like Gentle Giant or Van der Graaf Generator. I don’t know what we should call this new sub-genre, but there are enough bands in it to make it a real thing. The quick-and-dirty description of it would be “bands that sound kind of like Porcupine Tree.” This is not to say that all of the bands of this style have actually been influenced by Steven Wilson and Company – it’s entirely possible for a band to arrive at this sound by another route, just as it would be (theoretically at least) possible for a band to play zeuhl-like music without actually having heard Magma. Some of the bands in this new category would be Kaukasus, The Pineapple Thief, Mandala, The Mercury Tree, and now O.R.k. – which by way of bassist Colin Edwin has an actual connection to Porcupine Tree. The qualities of this style include lush keyboards (usually playing big chords instead of polyphonic lines), big guitars that venture occasionally into metal territory and are frequently drop-tuned, frequent use of atmospheric effects, and melodic vocals, often delivered in a breathy tone and often massively harmonized. We can also say what is not included in the style: fusion-esque pyrotechnics, mathy meter changes, and Giant-ish polyphony. I think that’s a general enough description that a lot of variety is still possible. In some ways, the style’s origins can be traced back to certain Pink Floyd songs: “Us and Them,” “Comfortably Numb,” “Shine on You Crazy Diamond,” and so on. Like all genres (even proposed ones), all of the qualities are more tendencies than hard-and-fast rules, and the inclusion of any band in them will always be somewhat subjective. Anyway, back to O.R.k. As I mentioned, the bass player is Colin Edwin, whose resumé is pretty lengthy; the drummer is Pat Mastelotto, whose resumé is even longer. Guitarist Carmelo Pipitone and singer Lorenzo Esposito Fornasari and are less widely known. Pipitone is associated with a band called Marta Sui Tubi which I’ve never heard; Fornaseri is in the bands Obake and Owls, neither of which I’m familiar with. The four mesh well together, with no weak links in the chain and no jarring contrasts. The first track, “Jelly Fish,” has some excellent off-kilter guitar parts, injecting some welcome dashes of chaos into what is otherwise a very controlled recording. Fornaseri’s vocals often fit into the standard melodic mode, though you’ll hear a metal growl from time to time. He’s an expressive singer, able to hold his own in a band of big sounds. Mastelotto for the most part sticks with his acoustic kit, not delving into the electronics he uses so much in other settings. The tracks exhibit a good range, from quiet acoustic pieces to lurching electric riffs. Inflamed Rides is a enjoyable listen from start to finish, and a worthy entry into a genre that may or may not exist.