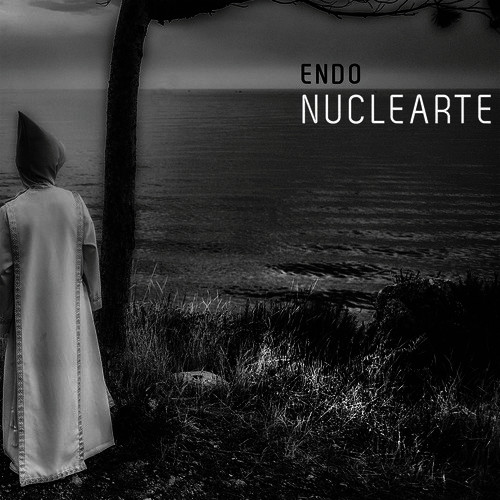 Nuclearte is a Scilian band that began in 1996 as a pure ethno-electro-acoustic ensemble integrating musical elements from around the Mediterranean basin (Spanish-Moorish, Balkan, and Greek). Their first album Talè Talè was released in 2000 on Peter Gabriel’s Real World label. Now with their new album Endo Nuclearte embarks on an ambitious musical sci-fi trilogy that tells the story of building bridges between the Earth and hypothetical alien worlds. To enhance the other worldliness of the music, Ramya (vocals, melodies, lyrics) developed a new language for Endo. The result is a collection of 10 serene, relaxing songs played by Luca Rinaldo (synths), Maurizio Cucuzza (bass, keyboards), Sergio Schifano (guitar), and Antonio Leta (drums). The songs have a heavy middle Eastern influence with Ramya singing, chanting, and at times wordlessly wailing. On the whole their music is unique, with an occasional nod to Mike Oldfield, heavy metal, and even Sia. Ramya would have to translate the songs in order for the listener to understand her message, but unfortunately that information is not provided with the CD. There is a surreal YouTube video for the opening track “Argla” that may aid with the understanding. Overall Endo is quite an enjoyable listening experience.