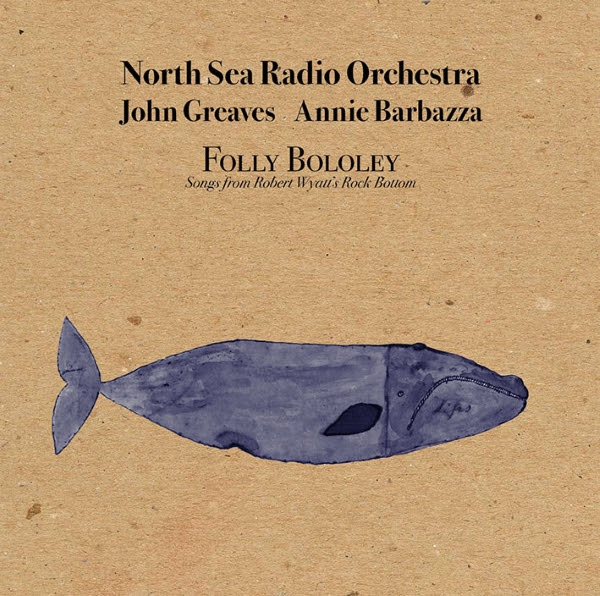 With an album like this one, which presents a selection of Robert Wyatt songs arranged for chamber orchestra plus a rhythm section, I feel like that’s all I should need to say to get readers interested. Though in fairness, it would be possible to mess up such a project, so I’ll just add, “And they in no way mess it up.” They start out by covering the entirety of Rock Bottom, which sets a high bar for quality of source material, and add in a few other choice Wyatt songs: “The British Road” (from Old Rottenhat), “Maryan” (from Shleep), “O Caroline” (from Matching Mole), and “Shipbuilding” (written by Elvis Costello and Clive Langer for Wyatt). Lead vocals are by Annie Barbazza, and she does a fine job. Her strong tone is a marked contrast from Wyatt’s own eccentric delivery, but it serves to highlight the quality of the songs themselves. John Greaves (who also plays bass) contributes vocals as well, along with Craig Fortnam and William D. Drake (formerly of Cardiacs). The instrumental backing consists of a lovely set of woodwinds, strings, mallets, and keyboards, and features moments of both serene beauty and energetic force. So I’ll go back to my original proposition: Robert Wyatt songs arranged for chamber orchestra plus rhythm section. ‘Nuff said.