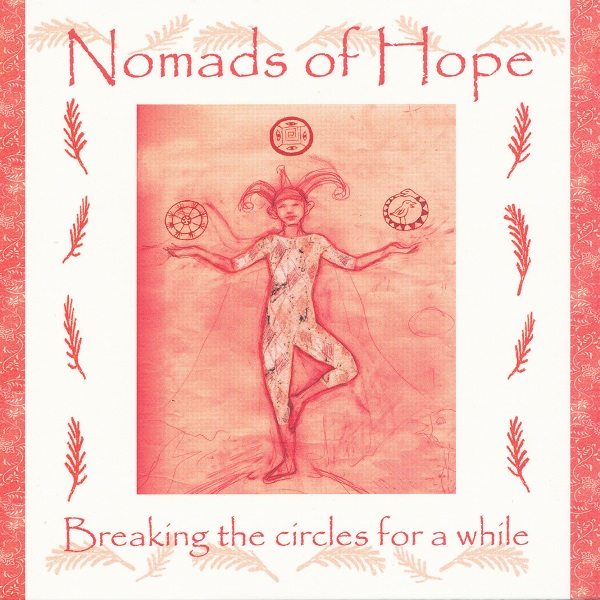 Over the last few decades (I started noticing it in the mid-80s or thereabouts), a new musical configuration has developed, as exemplified by many trip-hop groups. This prototype consists of a man who plays a lot of instruments and a woman who sings, usually in a breathy ("ethereal") voice, sometimes in a more jazzy or powerful way. Often, but not always, it's the man who writes the material — there's less consistency in this area. Sometimes the woman plays some instruments as well; nearly always, the man is the producer/engineer, and keyboards are his main instruments. This pattern has been repeated so often I don't have to name names for readers to think of examples. But that's the prototype, and in art there are no absolute rules, so there's actually a fair amount of sonic variety even within this field. Sweden's Nomads of Hope represent one variation on the pattern. Johan Hedrén plays a variety of instruments; Ingemo Rylander sings and also plays several instruments (and did the cover art as well); there are a few guest appearances. Both are alumni of the respected prog band Kultivator, but Nomads takes them pretty far from the Canterbury sound of that band. Influences (and instruments) from around the world come into play, and there are similarities to the world/space/folk style inhabited by such groups as Sky Cries Mary and Azigza. But this is also somewhat of a "bedroom project," setting an intimate scale rather than going for big sonic impact. Percussion is present on several tracks, though it never dominates. Instead, we get gentle grooves set up on guitar or keyboards (often vintage sounds like Rhodes or Mellotron) by Hedrén, while Rylander provides ornamentation on her harps, recorders, and whistles. On top of this gentle base, Rylander sings lovely melodies, occasionally reminding me of Anneli Drecker (Bel Canto). Sometimes I wish they'd just let loose and go for a big percussion-heavy groove, but this band is more about subtle moods than jumping up and dancing. It's a beautiful recording, and I look forward to hearing more from them in the future.