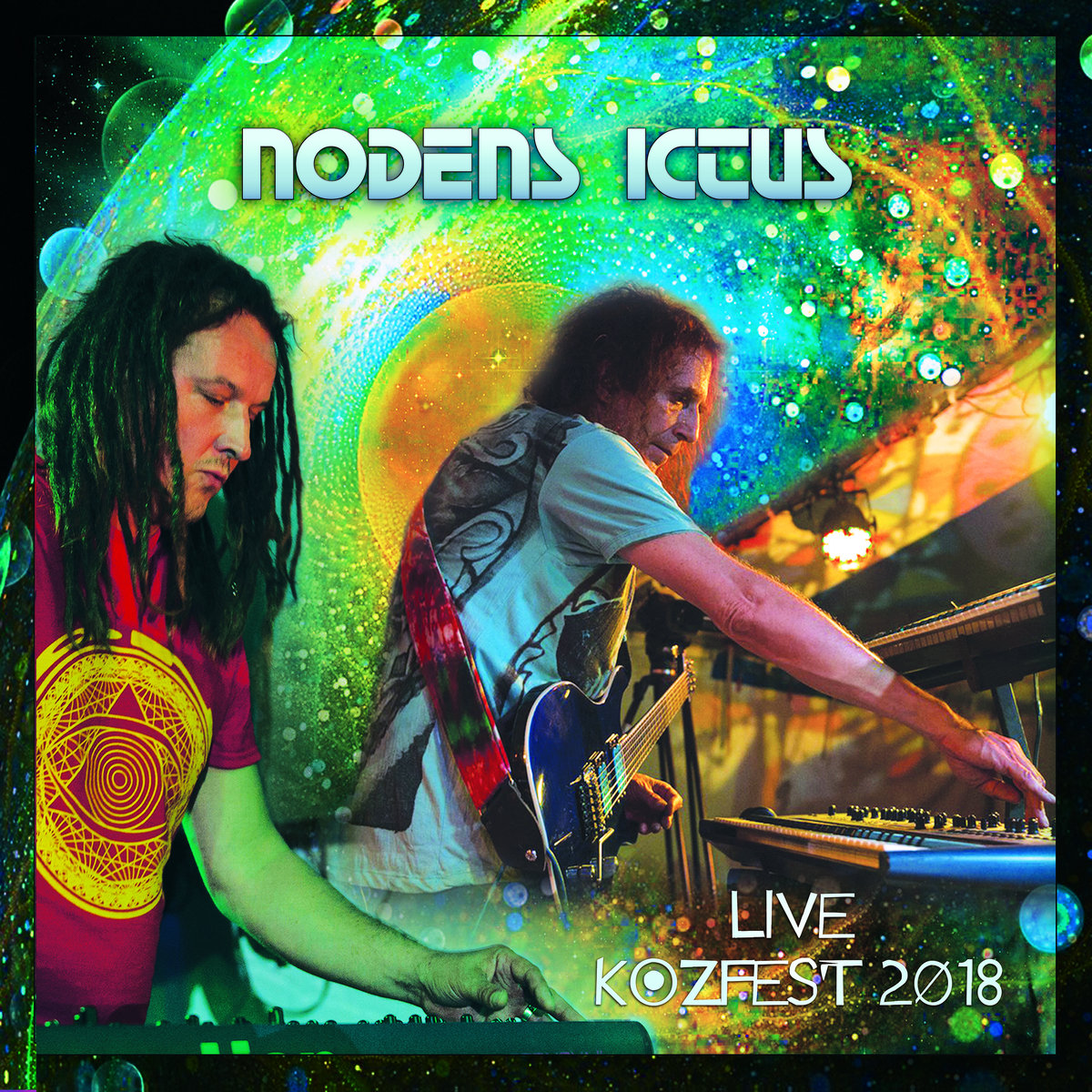 Nodens Ictus began back in the mid-80s as a subset of Ozric Tentacles performing that type of music in a more ambient style (as opposed to the space rock of Ozrics), specifically guitarist Ed Wynne and keyboardist Joie Hinton; the later addition of drummer Merv Pepler made NI into a kind of side project. A cassette was released during this period titled The Grove of Selves. But Nodens Ictus was backburnered for almost a decade while Wynne focused on Ozrics' increasing commercial success, while Pepler and Hinton split off to form Eat Static. NI returned to action in 2000 with a new CD, Spacelines, and has remained as Wynne’s side-project ever since, with various other musicians coming and going, including Wynne’s son Silas. Through most of the years, their music has been made available only as downloads of live performances until 2017’s The Cozmic Key, a CDR sporting a five-piece lineup which pretty much picks up where Ozrics left off, and now in 2019 we have Live Kozfest 2018, featuring a live set from July 29th with Ed Wynne and Gre Vanderloo (from Gracerooms). In addition to all of the tracks from that previous studio album, some old Ozric favorites made it into the setlist of this two disc set, plus plenty of unfamiliar tunes as well. The difference between Ozrics’ space rock and Nodens Ictus’ more ambient style is no longer so clear, with most of the sounds here (including percussives) being performed on keyboards and guitars, with loops and effects everywhere, but the same spirit is in play. Any fan of either band will find plenty within these twelve long tracks to make them feel right at home amid the swirling, spiraling soundscapes and multicolored panoramic melodies and rhythms.