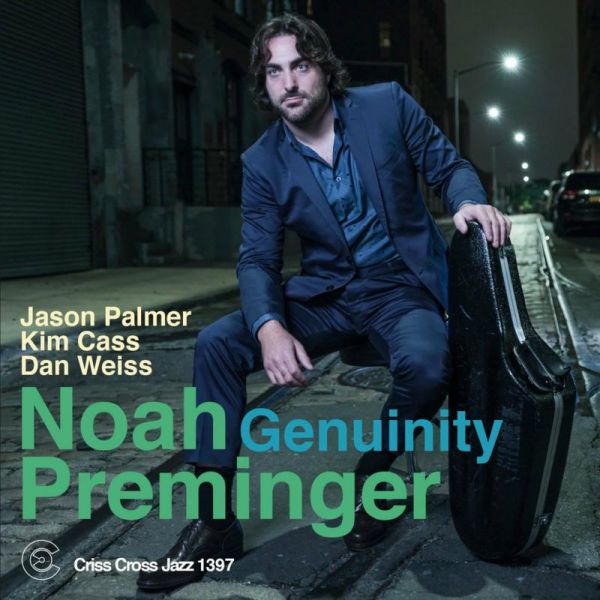 This quartet outing finds three-fourths of the group from Preminger’s Meditations on Freedom returning. Jason Palmer (trumpet) and Kim Cass (double bass) join Preminger (tenor sax) and newcomer Dan Weiss (drums). The result is similar in many ways to that previous album, presenting a fresh take on post-bop jazz from a small ensemble without a chordal instrument. Preminger is a master at arranging the two horns to complement each other, sometimes playing unison lines reminiscent of Charlie Parker classics, sometimes harmonizing, sometimes playing different lines that interweave. Both Preminger and Palmer are great soloists whose technique doesn’t get in the way of interesting exposition. They freely explore the ranges of their instruments, balancing outside elements with conventional notes, with imagination and creativity front and center. Cass provides a variety of different types of bass, from propulsive lines to chords and slides, moving beyond basic walking and ostinatos. He gets a few solo spots as well, and acquits himself well. Weiss is a drummer with an impressive resume (recently covered with Rudresh Mahanthappa and Rez Abbasi), and while he sticks with the kit on Genuinity — no tablas here — he shows why he’s rapidly becoming one of my favorite jazz drummers. He treats post-bop jazz drumming as a substrate that underlies his own ideas, which seem to have aspects of tabla creeping in — or maybe it’s my imagination building on what I know of his studies. His use of the toms in particular is distinctive. Preminger’s compositions are uniformly excellent, providing springboards for creative exploration by the players, and there are plenty of variations in structure and form, straying from typical head / solos / recap vectors. Genuinity is one of my favorites in the world of acoustic jazz in the last year or so, and is highly recommended for anyone looking for a fix of the classic sound that’s not pure reverent rehashing of old ideas.