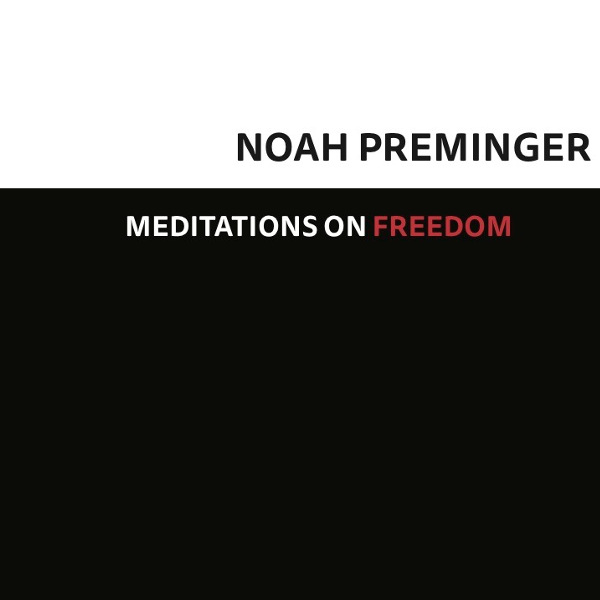 Tenor player Noah Preminger’s recorded work only started in 2008, but Meditations on Freedom is his seventh release under his own name — he’s also got a few credits as a sideman with Rob Garcia and André Matos. This set finds him in the studio with Jason Palmer (trumpet), Kim Cass (double-bass), and Ian Froman (drums), and the quartet gives us nine tracks, all under eight minutes in length. Lengthy self-indulgence is not their thing — they say their piece and move along. And while they stick to traditional acoustic instrumentation, it’s all done well enough to maintain interest. The album was released on Inauguration Day, 2017, and all of the titles indicate social concerns (“We Have a Dream,” “Women’s March,” “Broken Treaties,” “The 99 Percent,” and so on), though of course, as instrumental music, there’s nothing connecting the music to the inspiration other than the titles. In addition to Preminger's original compositions, there are several arrangements of well-known songs as well, from Bob Dylan, Sam Cooke, George Harrison, and Bruce Hornsby. This arrangement of Harrison’s “Give Me Love, Give Me Peace on Earth” is probably my favorite on the album. As with most ensembles lacking a chordal instrument, the open framework lends itself to individual expression. The moods range from somber and mournful to moderately energetic — the quickest tempo is on “Just the Way It Is,” a mid-tempo post-bop tune that states a brief head before diving into solos for tenor, trumpet, and then drums. The music is all related to the blues, with no harmonic surprises — but the blues is a well that is far from dry, so that’s not a negative. In any recording where the compositions themselves are relatively traditional, the solos will make or break the effort, and all of these players are up to the task. They never stray into free territory or push boundaries, but the result is an eminently listenable set of tunes.