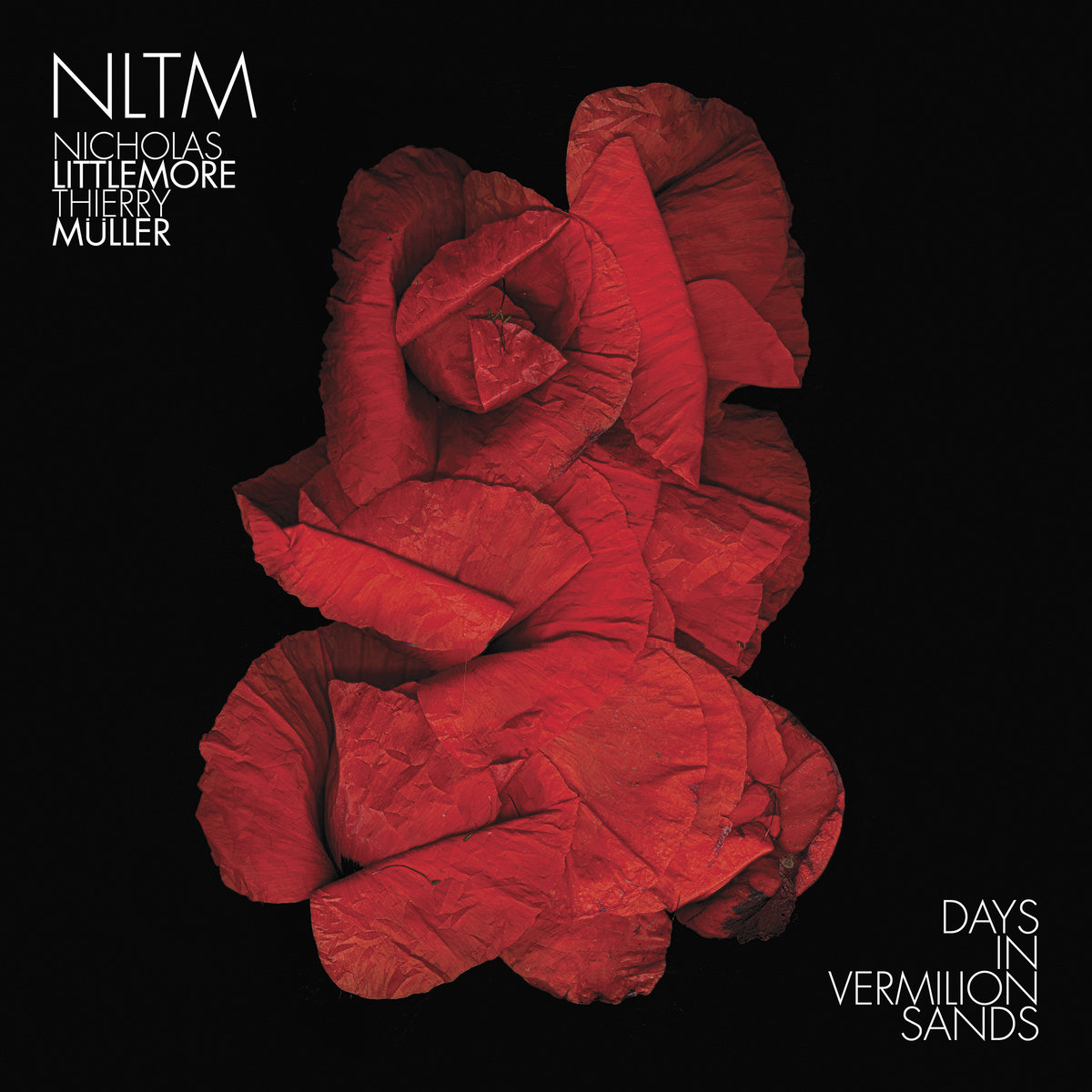 NLTM is the collaboration between Nicholas Littlemore (Teenager, Pnau, Empire of the Sun, musical director of Le Cirque du Soleil, and other endeavors) and Thierry Müller (Ilitch, Ruth, Crash, and others) and Days in Vermilion Sands is the result of collaborative sessions between the two spanning from 2006 until 2012 in Paris, Saint-Rémy-de-Provence, London, and Sydney. Why it’s only being released a half dozen years later is a good question that can’t be answered here. While the notes on the Bandcamp page don’t say a lot about who plays what (this is an LP / download only release) this is squarely in the realm of electronic pop, with some odd turns and twists along the way. The opener, “Wake,” starts with a rhythm that will remind of The Normal’s “TVOD” though with a distinctly punky vocal approach, this could easily be right out of the late 70s. Another song along the journey, “Looking for You,” is repeated three additional times for those who download: a five-and-a-half minute extended version, an instrumental version of the same length, and an EP version (which may in fact be the same as the LP version); either way, after four plays this song – and a catchy one it is, with vocoder voice treatment (as many of the songs here are) it will be playing in your head tomorrow morning, like it or not! “Vermillion Sands” is an explorative piece that doesn’t really fit into any category, and closes the LP proper nicely. “Deliver” is another strong entry, with its untreated vocals and almost no electronics, sounds a bit more like a Roger Waters era Floyd song with acoustic guitar accompaniment, and the whispered female voice that appears at the verse’s end makes the song even more intriguing. “We Can Hope” is another standout that carries a bouncy electronic backing track with some textural synth washes and a prominent role for vocoder. “Seven Bells” is an upbeat tune that reflects well on the duo’s pop sensibilities, being both simple and catchy, with a memorable refrain. Somewhere along the journey, “Breaking Thunder” pulses with a stop-and-go primitive beat and quirky vocal refrain that somehow cuts through all the strangeness, again employing some occasional space whisper variations. Just a few of many of the highlights of a superb collaboration between Littlemore and Müller.

Meira Asher - Dissected – Saying Israeli composer and vocalist Meira Asher is a vanguard comes as a bit of an understatement. Her work has been acclaimed worldwide as she meshes and scrutinizes world culture to fit her...  (2006) » Read more