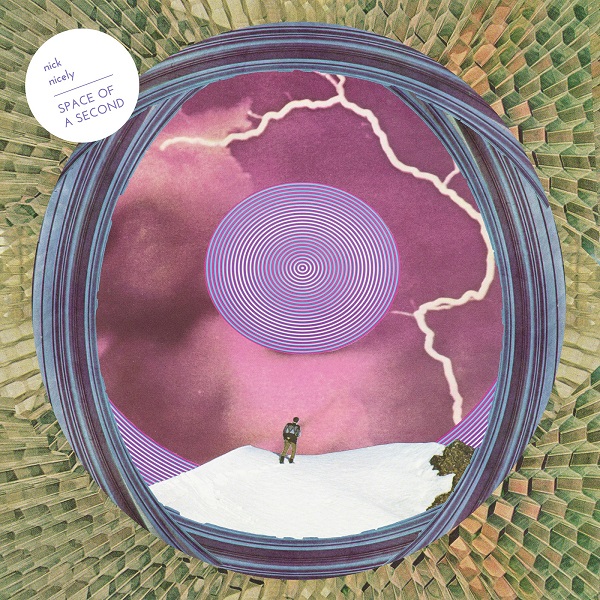 In the 80s, with the rise of inexpensive cassette tapes there was a lot of musical experimentation. Anyone with a cassette deck and some microphones suddenly started exploring the limits of music that previously had been available only at universities and large music studios. Industrial music had come of age. Artists like Merzbow, Aube, and Jeff Greinke explored various sound sources and heavily processed them to extract new and complex structures. They were reacting to the current trends in music. Merzbow of course is famous for exploring noise as an art form, and he even recycled his released material to create new compositions. At the same time in England nick nicely released the cult psych gem “Hilly Fields (1892)” that Fruits de Mer reissued in 2012 along with an updated version “Hilly Fields (the mourning)” on the flip side. In 2012 Fruits de Mer released another nicely tune “Rosemary’s Eyes” on their double 7” The League of Psychedelic Gentlemen. My Exposé review of the Hilly Fields disc was very positive, and I felt the same about “Rosemary’s Eyes.” Both “Hilly Fields (the mourning)” and “Rosemary’s Eyes” appear on nick’s new release Space of a Second. From what I’ve heard, nick has some very fixed views on mixes, and rather than simply reissue the FdM versions, he decided to process them through his effects stack. In fact he did that for all 12 songs on Space of a Second, some so heavily processed that the original song is buried in reverb. It is difficult to tell about the other songs, but it is quite possible that they could have stood on their own without the excessive signal processing. There is no sense that nick was trying to explore the use of noise in psychedelic music or even trying to extend the genre. Instead it seems to me that he was trying to be über psychedelic, which does not work. If you want to truly appreciate his music, try to locate copies of the 2012 FdM releases.