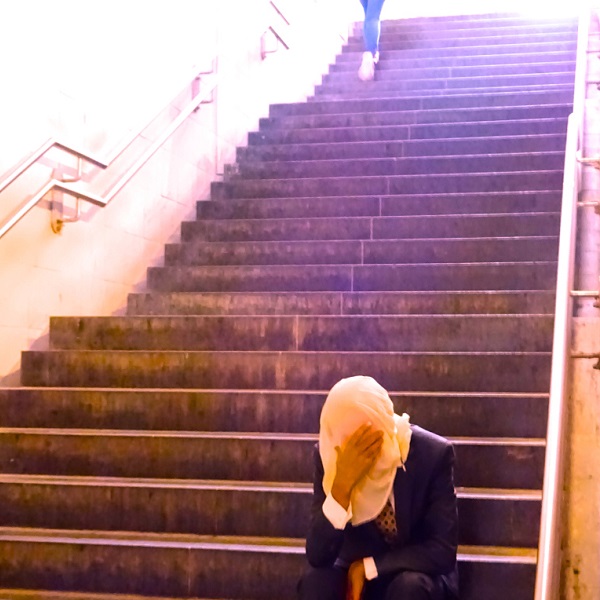 The final single coming from nick’s 2014 Space of a Second album is London South. nick is known for his heavily processed lo-fi approach to neo-psychedlia. His new single consists of three versions of “London South.” The first version is nick’s and it sounds a bit cleaner than the version on Space of a Second and it is also one second shorter. So I am guessing that he may have manipulated things a bit for the single. The song takes you on a racing journey through the London Underground with lots of feedback, reverb, and slow synth chord washes. His vocals are down in the mix, but you can understand them. Overall the mood is dark and depressing, something David Lynch would love. The second version is a remix by Grasscut that clocks in at 4:10, about 10 seconds shorter than the original. Grasscut changed the whole dynamic of the song, the vocals jump out at you with a dash of Blade Runner and Pink Floyd ambiance. The third version is major departure from both versions and runs nearly 15 minutes. This is a remix by Abul Morgard and if you think that nick is a master of processing, check this out. Abul goes to town with a ton of additional studio tricks and the result is totally unrecognizable from the original. The music is slower and the vocals are there just at the edge of consciousness. This version is a drone-fest and reminds me of Nadja. The sound is crisp, not muddy, and you rapidly become immersed as it washes over you. This single is a testament to the creativity of different musicians using the same source material. I really like this single and I know that my opinion will come as a surprise to nick as I had such a negative reaction to Space of a Second.