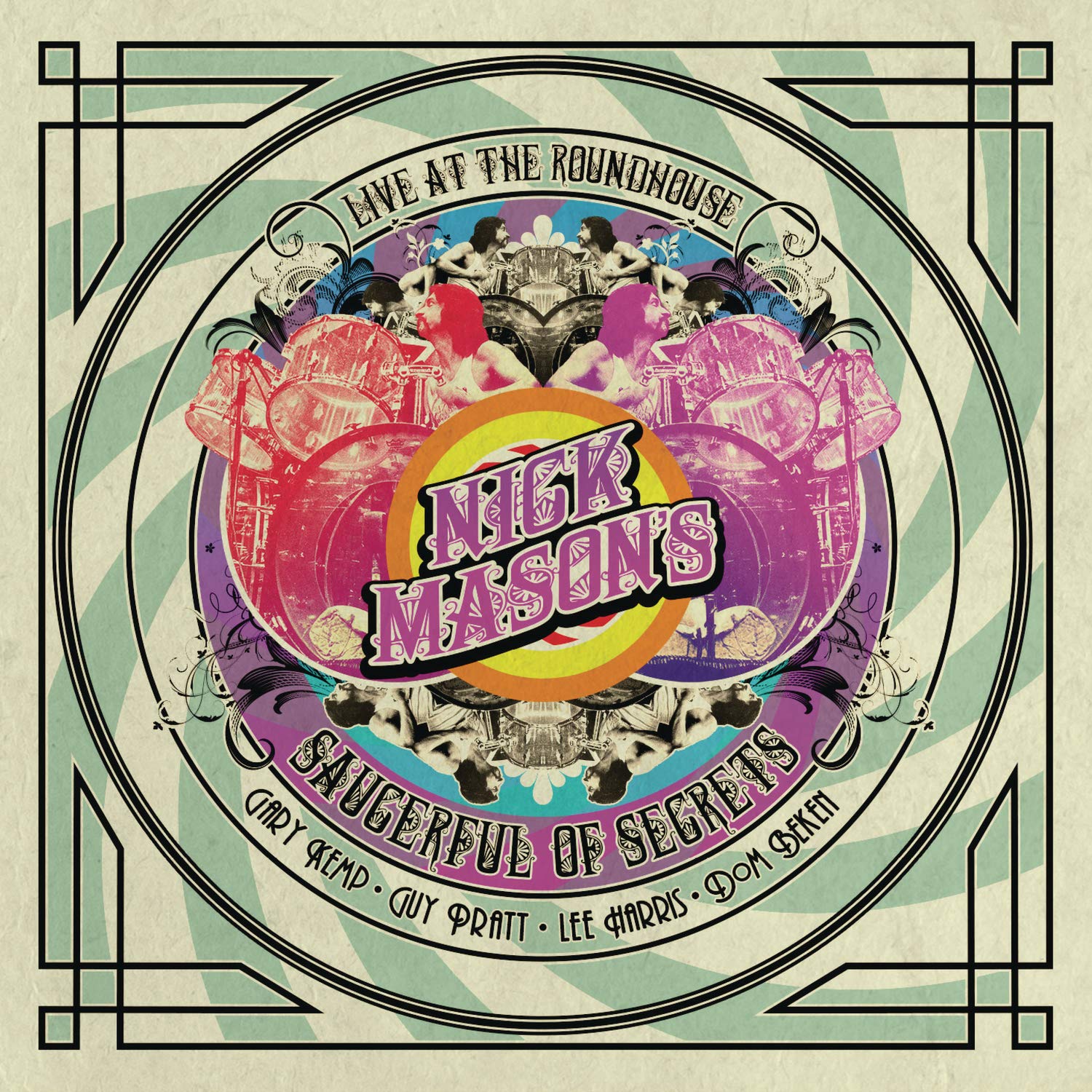 What we have at hand is essentially a two CD plus DVD set (there is a Blu-ray available too) of a five-piece early Pink Floyd tribute band which features an original member of Floyd — that would be drummer Nick Mason. Though the band wasn’t originally his idea, he looks happy enough to be sitting behind the kit again playing the tumes that made the band cult favorites in the years before they hit the bigtime. The idea was hatched by the other members: guitarist and lead singer Gary Kemp, bassist and lead singer Guy Pratt, guitarist Lee Harris, and keyboardist Dom Beken (Harris and Bekem sing also), and then they went to Mason, figuring he probably wouldn’t be interested, but that wasn’t the case at all — he joined the group which now bears his name. They’ve been at it a while now, and this gig was recorded over two nights in May 2019 with the five players at the top of their game, and one has to hope they will continue. About their set list, the only limit seems to be nothing Dark Side of the Moon or later, which still gives the bad a rich well of material to draw from, all of the albums, singles and soundtracks leading up to their big bang in the early 70s, after which they were a different band. The players here add their own touch to all of the selected pieces, and in most cases the material is better for it. They pull a number of pieces from the Syd Barrett era, including “Bike,” “Lucifer Sam,” “Arnold Layne,” “See Emily Play,” “Vegetable Man,” “Astronomy Domine,” and of course “Interstellar Overdrive.” All but three cuts from Saucerful are performed exceptionally, “Green Is the Color” and “Nile Song” from More, a seven-minute version of “Atom Heart Mother,” a couple tunes from Meddle, a few from Obscured by Clouds, and their final single of the era, “Point Me at the Sky,” closes the set. That leaves a lot of material for a possible second album, nothing at all taken from the studio sides of Ummagumma or anything from Zabriskie Point either. The real gem of the set is the DVD, featuring an amazing psychedelic light show projected over and on the players, enough to make you believe you’ve been transported back to 1967 again, and where natural breaks occur in the set, they have added clips, commentary, and bits of interviews with the band members that offer additional perspective on their current endeavor as well as on those vintage years of Floyd’s career. Bonus material on the DVD includes a bounty of interviews with all the band members, as well as some band rehearsals. This set is a must-have for any fan of Early Floyd.