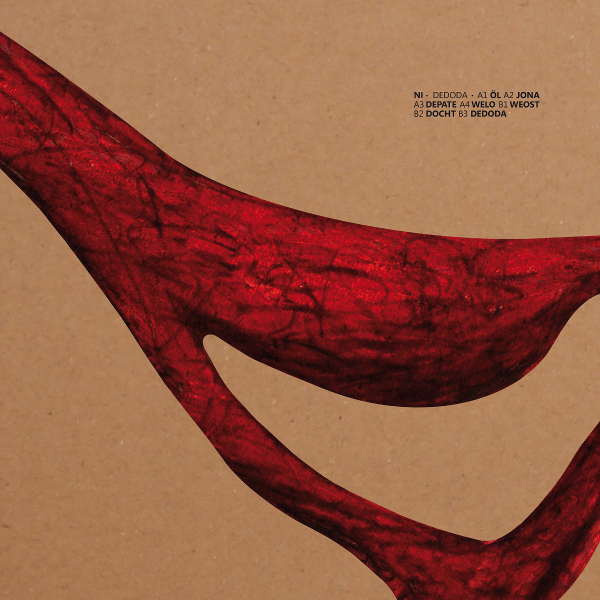 It seems kind of odd that I should have two bands with the same name in my review stack at the same time — it’s certainly never happened before. This NI is from Austria, and they seem to always capitalize their name. Whether it’s supposed to be an acronym or not, I couldn’t say. This four-piece of three guitars (Tobias Hagleitner, Gigi Gratt, and Manu Mitterhuber) and drums (Martin Flotzinger) is known for performing in absurd costumes, and it’s fair to say that absurdity is part of their modus operandi when it comes to vocals and song titles. The music itself is unpredictable and tricky, though not necessarily absurd. The three guitars divide up the work in such a way that you almost always hear all the parts distinctly, and one of them is generally handling the low end of the frequency range, though not exactly playing anything that could be considered a “bass part” — sometimes it’s low barre chords, sometimes it’s a repeating line, but it’s not really what a bass player would be likely to play. The track called “Docht” provides an example of what they can do. One guitar is playing what could almost be a distorted surf guitar riff while the drums keep a busy beat; another guitar provides chord stabs in an odd pattern; the third guitar plays a melody consisting of relatively long notes; and wordless vocals double the guitar melody. Several tracks have multiple vocal parts with words that seem to be nonsense syllables, kind a bizarro variation of Gentle Giant’s acapella style. Their singing is well done, with imaginative harmonies and a sound that is sometimes mock-serious, dramatically enunciating goofy nonsense — so maybe include a touch of Frank Zappa with the Gentle Giant impression. The music sometimes a math-rock sound, with odd meters and interlocking parts, though other styles also make appearances, be they hints of Spanish or Classical music. Dedoda is a half hour of serious fun, definitely worth checking out.

David Bedford - The Rime of the Ancient Mariner – I never had the pleasure to hear this album when it was still only available on LP. The transfer to CD is fine, the noise is not disturbing this time. The subject of the album is the famous poem from...  (2004) » Read more

Just another song about Mars