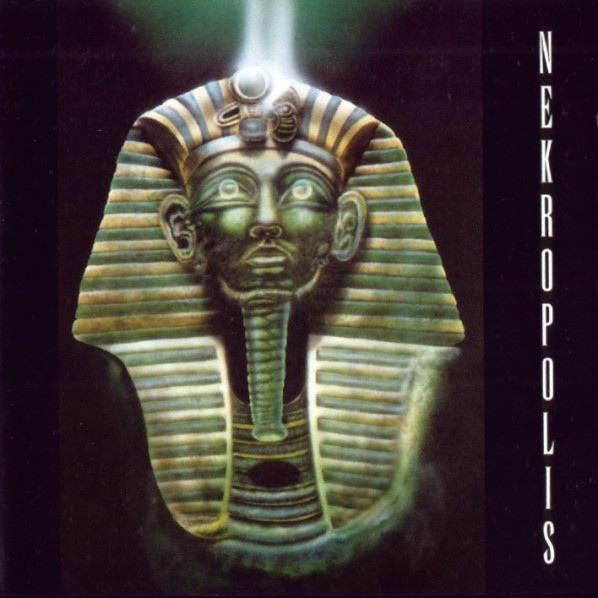 A new Peter Frohmader release is always a welcome event, but this is one which is rather special; it features live performances of his group Nekropolis, which recorded one live album, released years ago, and recently re-issued by Orwaschl. This is yet another live recording, drawn from Frohmader's extensive archives, and gives use one of few glimpses of what this German master would and could do in concert. Using a line up featuring guitar, drums, bass clarinet, flute, and trombone, with Frohmader on various basses including fretless and 8-string, plus electronics, gongs, kalimba, and vocals. As on the original live album, the sound is more brutal than gothic, more savage than brooding — in other words, more immediate than evocative. Indeed, this is a rock band, albeit a progressive one, churning out a sinister, menacing, and manic music that reeks of sinew, viscera, and feral drama. As one expects from anything by Frohmader, the atmosphere is heavy, nearly oppressive, with dark, surly, musky colors and thick, hefty textures. The presence of drums adds an edge and incisiveness not always associated with Frohmader's work. The vocals, while unimpressive, do give the music a more literal and rock content and context. The impact is similar to that of live King Crimson of the mid-70s, though Nekropolis is not as fiery and virtuosic. Still, if you enjoyed the previous live Nekropolis release, this is cut from the same cloth. The sound is rather crude; if the photographs tell an accurate story, this was recorded under less than ideal circumstances, in a small venue with cold, harsh acoustics (for example, one hears the nearly constant rattling buzz of the snare due to sympathetic vibrations).