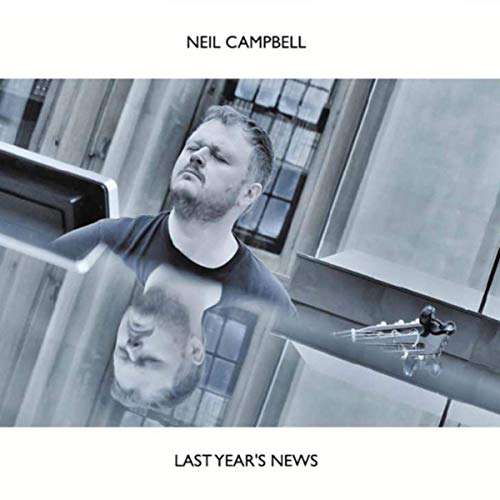 Neil Campbell is a Liverpool based master-guitarist with about twenty releases to his credit, both solo albums and with various ensembles, mostly instrumental, but some with vocals, mostly original material, but sometimes interpretations of other composers, among the latter his 2013 duos Metamorphosis / Acoustic Counterpoint by Phillip Glass and Steve Reich respectively. He’s a true multi-instrumentalist apparently most at home on guitar, but seeming to come from a different space than average guitar players, comfortable on both acoustic and electric, with strong classical and jazz influences and an abundance of genuine originality, but also able to arrange parts for bass, keyboards and percussion, as he does for much of the recording at hand, though drummer Joey Zeb helps out on about half of the album’s tracks, with additional percussion by Jon Lawton. Unlike 2018’s After the Flood, which was more of a full group effort with Cambell leading the four-piece, and other group members sharing in the compositions and arrangements, and even guest vocalists joining on a few tracks, Last Year’s News is a purely instrumental, guitar-centric album mostly built on tasty acoustic guitar elements, with many crafty overdubs of one or more parts to create a magical fabric of sound and feeling. One track in particular, “Tubular Rainbows,” goes far to evoke a sense of introspective stillness for two guitars in its opening section, but turns into a more busy and eclectic piece after bass and drums join in the fun and propel the piece forward at a faster pace. “Rainbows” offers up a tasty three-part acoustic piece with an elaborate and unforgettable melody, while “Get Reel” makes foot tapping excitement over a strong rhythmic line. All taken, the dozen cuts on Last Years News are a startling creation of elemental guitar genius that will stir the imagination and soul.

Kryptästhesie - No Age – I’m not going to get into any generalizations about whether Italian bands can be any good at psychedelia – certainly examples can be found at all levels of quality. This release from...  (2002) » Read more