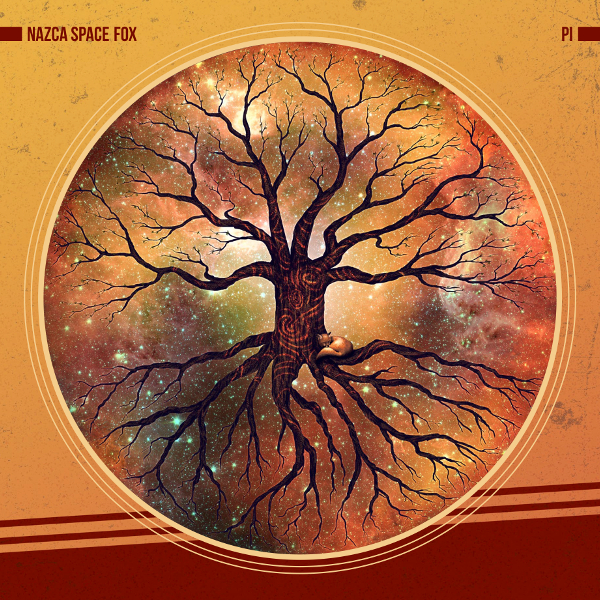 Nazca Space Fox is a relatively new band from Frankfurt that plays, as the name suggests, space rock. Their twist on it is that they also have touches of post-rock drama in this instrumental music, so instead of just endless riffing, their tunes build up to climaxes, drop down to quiet sections, and build back up. This power trio consists of Mathias Gaul (guitar, occasional keyboards), Stefan Bahlk (bass), and Heiko Vollweiler (drums). Pi is their second album, and it’s a tasty slab of six tunes. My favorite is probably “Space Drift,” the longest at a bit over ten minutes. It starts quietly with a nice guitar part with a trippy tremolo effect, repeating over and over with gradually increasing intensity and distortion. Figured within the guitar part is a melody that can withstand the repetition, and they go into a heavier section to cap it off. The long middle section features a great solo that starts with ambient echoes over a cool bass line and works up to some nice octave lines and eventually a classic wah-wah sound. “Hummingbird” starts out with Bahlk’s bass treated to both fuzz and wah-wah for a change of pace, with Gaul providing some smooth synth tones. In short, Nazca Space Fox covers a fair range of sounds within the general area space rock, and does it with style and creativity.