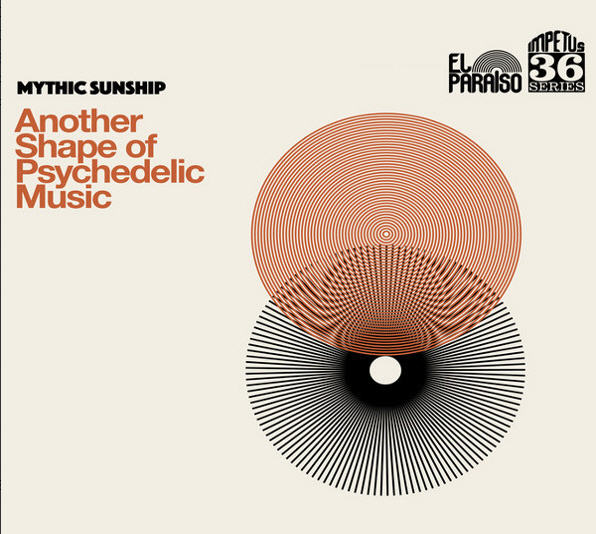 One thing I’ve learned over the last ten years or so is that El Paraiso is a label that can be trusted for quality music, to the point where now if I find out an artist is on that label, I’ll pull the trigger on a purchase. Jonas Munk and Jakob Skøtt and their band Causa Sui is where it all started around 2010, releasing LP versions of their albums that had previously been released on CD; now the label produces both LPs and CDs for a larger roster of artists, usually with some involvement of Skøtt or Munk (artwork, mastering, production, etc.) who operate the label. Enter Mythic Sunship, another great Danish band on the El Paraiso roster, who joined in 2016 with their first LP (and CD) Ouroboros, after a few independently released tapes, at that time a quartet of two guitars, bass, and drums (and no vocals) playing an intense psychedelic stoner rock, and the band has released at least one album a year since then, in fact the subject of this review is their second release from 2018. Between these two, the band added a sax player as their fifth member, and although their sound hasn’t strayed far from their psychedelic jam-rock origins, there is now a jazzier vibe to many of the tunes, which can be heard in the first few minutes of the fourteen-minute opener “Resolution,” before the heavier and more overt psychedelic elements join in the mix. If one gets the album on vinyl it’s a double LP, if on CD the same six tracks are there, but the closer “Elevation” is about eight minutes longer than on the vinyl, as the logistics of that format wouldn’t allow close to 29 minutes on an album side. Between those two there is a plethora of mind-expanding musical potential, four side-long tracks plus two that clock in at a bit less, giving all members of the band plenty of room to stretch out. Bassist Rasmus Cleve Christensen and drummer Frederik Denning build powerful structures where sax player Søren Skov and the two guitarists, Emil Thorenfeldt and Kasper Stougaard Andersen, can create within, a total group effort. Jonas Munk even joins the band as a third guitarist on two of the tracks, in addition to handling the recording, mixing, and mastering. Intense stuff, mixing heavy instrumental rock with some trippier jazz elements; sure, it’s been done before but never quite like this.