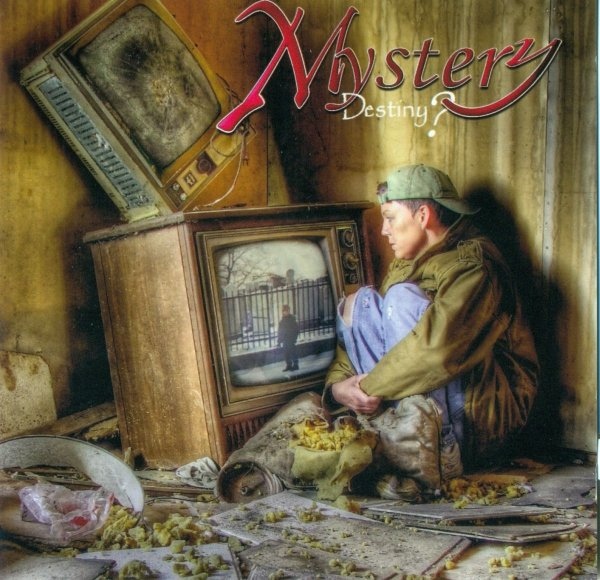 This is a reissue of Mystery’s second disc, Destiny? Originally issued in 1988, it features original singer Gary Savoie along with main song-writer and guitarist Michel St-Père. When it was released, it contained eight songs with the longest running at over fifteen minutes. The reissue contains a bonus track, “Heaven Can Wait.” “Slave to Liberty” and “Before the Dawn” contain tons of aggressive guitars along with Savoie’s over-the-top vocals. This is definitely a CD that sounds like it was made in the late 90s. St-Père is the main soloist and he is featured on electric guitars, 6 and 12 sting acoustic guitars, among other instruments. “Queen of Vajra Space” is one of the longer pieces on the album and is a fantasy tune about a girl who survives a war and gains wisdom from this survival. Lot of open ringing guitar tones keep this song invigorating over the course of the nine minute length. “Submerged” starts out as a ballad before turning into a crunchy rocker. It deals with one’s feelings and if one deserves to feel the way they do. The longest track of the album, at fifteen minutes, is “Shadow of the Lake,” which deals with a young child and his television set. St-Père’s guitar is always in the forefront which makes this a very enjoyable tune. Mystery is still going strong in 2010, as was displayed during their RoSfest show earlier this year. This album, even being over 12 years old is a very enjoyable listen.